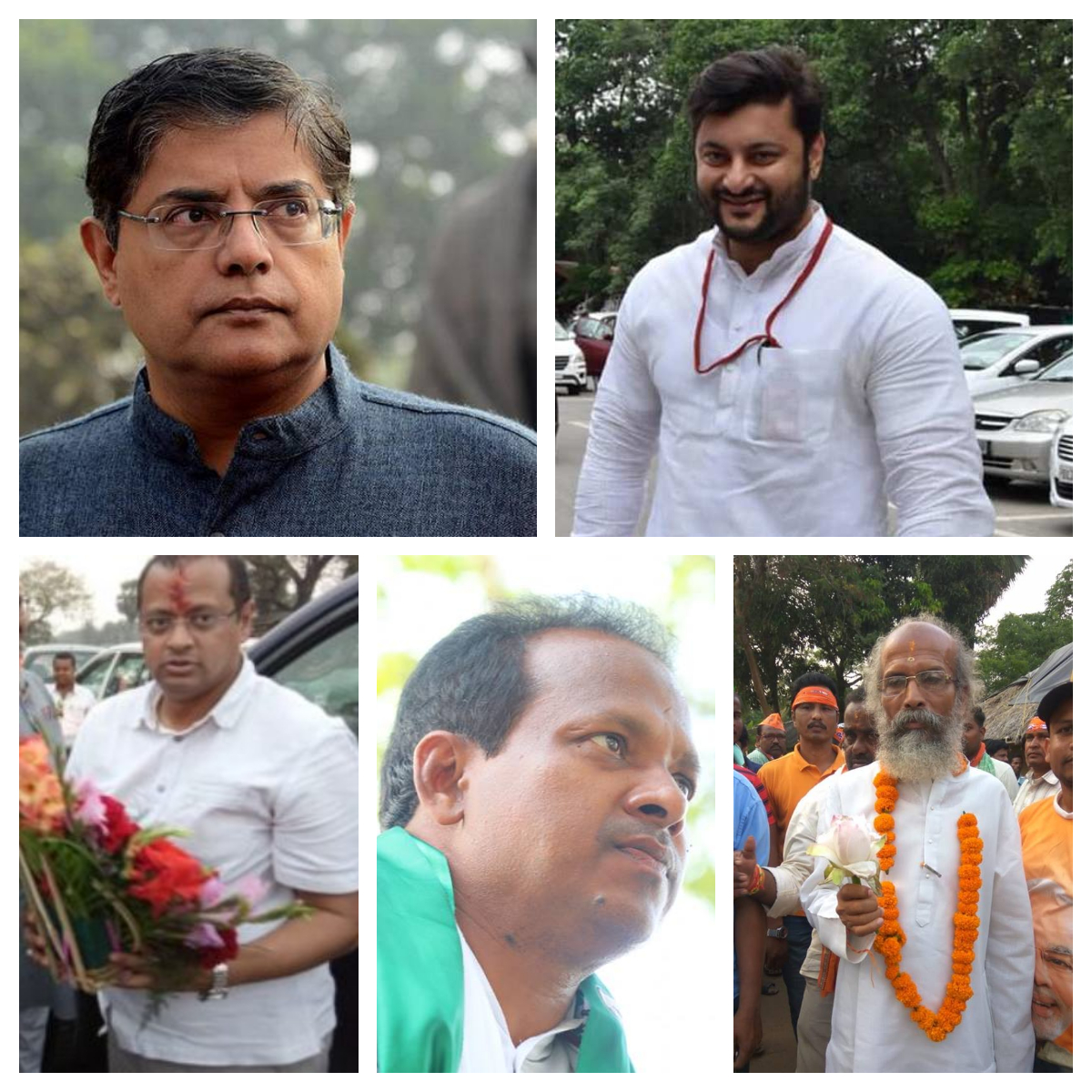 Bhubaneswar: The fourth and the conclusive round of simultaneous polls in Odisha is heading for a cliffhanger. Having said this, here is the list of key battles to watch out for in this phase of polls.

The electors will exercise their franchise to choose 41 assembly and six Lok Sabha candidates in this round of polls tomorrow. Only Patkura assembly segment will vote on May 19 as election was countermanded following death of BJD poll candidate Bed Prakash Agrawalla.

Let us have a look at some of the key Lok Sabha constituencies going to polls tomorrow.

Biju Janata Dal’s Anubhav Mohanty is pitted against his former colleague Baijayant Panda and now a Bharatiya Janata Party (BJP) candidate. The contest has eventually turned into a prestige battle for both the parties.

Political newbie Navajyoti Patnaik has emerged as a formidable challenge for the opponents – sitting MP Rabindra Jena and BJP candidate Pratap Sarangi. The three-cornered fight between the trio will be an interesting battle to watch.

2014 results: Rabindra Jena had defeated his rival Pratap Sarangi by nearly 1.42 lakh votes. Jena had polled 41.33 percent vote as against his opponent with 27.82 percent votes.

This reserved constituency will witness a battle of newbies Manjulata and Abhimanyu. While BJD candidate Manjulata is the wife of former Dhamnagar MLA Muktikanta Mandal, Abhimanyu is the son of veteran politician Arjun Sethi. Sethi Sr had jumped the camp after being denied ticket. This segment will witness one of the closely fought elections in this edition.

Of the 41 constituencies going to polls tomorrow, the below segments are likely to have a tough contest.

BJD’s Samir Dash and BJP’s Pravati Parida are again locked in a bipolar contest this time.

Veteran politician Damodar Rout’s son Sambit Routray is trying his luck from this constituency for the first time. He is pitted against trade union leader and Congress leader Arindam Sarkhel aka Bapi Sarkhel.

Damodar Rout was fielded by BJP from this constituency after joining the saffron party. On the other hand, BJD replaced sitting MLA Prashant Muduli with Raghunandan Das. Muduli has been fielded from Jagatsinghpur. All eyes will be on this contest too.

2014 results: Prashant Muduli had defeated Congress candidate Lalatendu Mohapatra who is again contesting election from this constituency. Muduli won the seat by a margin of nearly 30000 votes.

2009 results: BJD candidate Bijaya Nayak had won by a slender margin of 7613 votes.

2014 results: Samal had won the seat by over 34000 votes defeating his Congress rival Subrat Kumar Das.

2014 results: Ghadai, son of Prafulla Ghadai, had defeated Rout by a narrow margin of 4704 votes.

Last minute ticket to Sashi Bhusan Behera to contest from Kendrapara had created flutters among the supporters and party cadres. The Bhubaneswar-Jayadev MLA was fielded against Congress’ Ganeswar Behera.

The sub divisional town of tribal-dominated Mayurbhanj district will witness an interesting fight among the candidates this time.

2009 results: Srinath Soren had trounced his Congress rival by 11193 votes.

It may be mentioned here that the six Lok Sabha constituencies going to polls tomorrow had high turnout in the last election. Mayurbhanj recorded highest polling with 79.44 percent followed by Balasore at 76.84 percent. Voting in Kendrapara was lowest among these at 73.14 percent.

While the four-phase election beginning April 11 will come to an end tomorrow, the results will be declared on May 23. In the meantime, Election Commission will hold fresh polls in Patkura and repolling of third phase and fourth phase (if any) before the counting date.