Massive fire breaks out at shopping mall in Odisha’s Cuttack 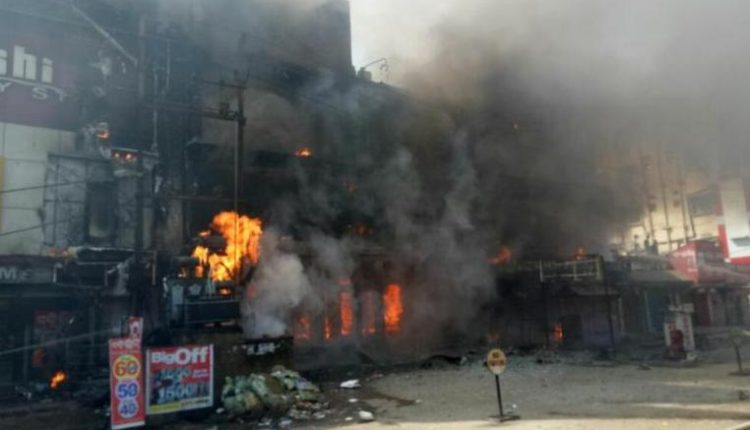 Cuttack: A massive fire broke out at a shopping mall near Badambadi in silver city Cuttack this morning. No casualty was reported so far in the incident.

Five teams of fire services department rushed the spot to douse the flames.

The fire broke out at around 11.40 am at City Style when few customers noticed it.

Although, the reason behind the fire is yet to be clear, it is suspected that the fire was caused due to short circuit.

The intensity of fire was so high that it spread to ground floor of the three-storey building and other nearby shops and a hotel, sources said.

The city witnessed traffic congestion from Link Road to Badambadi bus stand due to the massive fire at the shopping mall.

A high level probe has been ordered by Fire Services DG BK Sharma into the fire incident. Three teams have been formed to carry out the investigation.

The fire incident at the garment showroom raised many questions over the police administration and its efforts to check fire safety lapses.

Recently, the Twin city Commissionerate police had raided several shops, showrooms and malls in Cuttack and Bhubaneswar to verify the fire safety measures following Mumbai restaurant fire tragedy in which 14 people including 11 young women lost their lives on December 29.