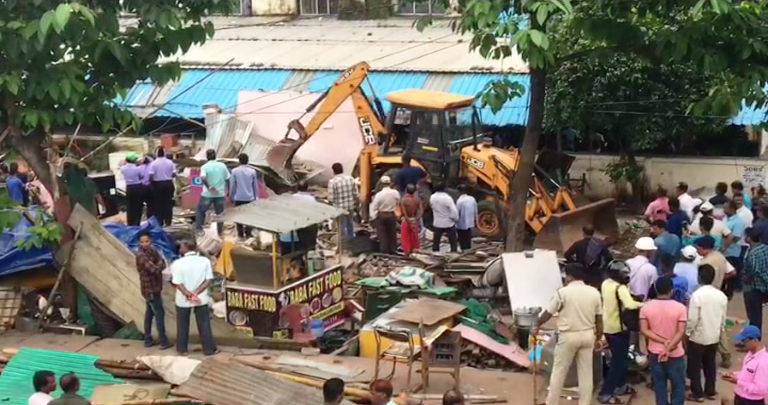 Bhubaneswar: Two days after guidelines were issued for Regional Transport Officers (RTOs) across the state to create broker-free atmosphere, the Odisha Government today began the eviction drive to remove unauthorised constructions near RTO offices in the state capital.

The demolition drive is being carried out in front of the RTO-I office at Acharya Vihar in presence of officials Bhubaneswar Development Authority (BDA) and Bhubaneswar Municipal Corporation (BMC).

Police forces have been pressed into service to avoid any unpleasant situation during the drive.

In the guidelines, Transport Commissioner Sanjeeb Panda on September 28 had directed RTOs to dismantle all temporary huts erected along the boundary wall of Government land. He also instructed the RTOs to put a notice prohibiting agents or middlemen to enter into the office premises and testing tracks.

Besides, CCTVs will be installed inside office premises and help desk to be setup to provide assistance to the public.

eviction drive near RTOs in Bhubaneswarguidelines for RTOs