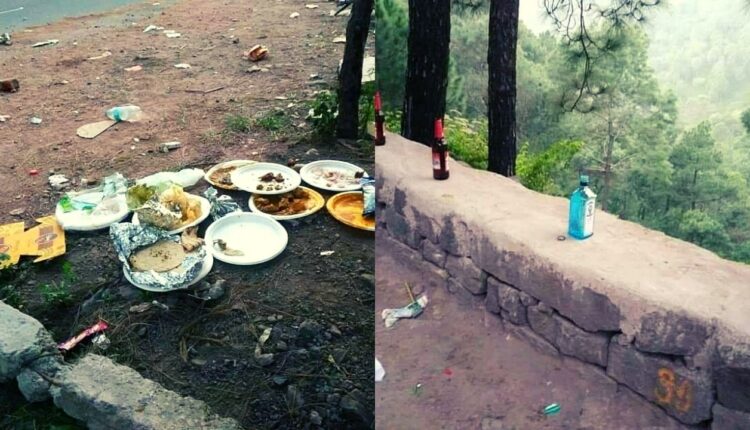 With the pandemic spreading out gradually across cities and states all over India, Himachal Pradesh has been no exception. The isolation period did wonders for the flora and fauna of this scenic state. With tourists at bay, public transport mainly shut down and multiple lockdowns implemented, the COVID recovery ratio of the state has been under control. However, with lockdown 4.0 underway let us evaluate what has the months-long quarantine and stagnant markets meant for the state of Himachal as a whole? Let’s break it down!

Pandemic, a boon for nature?

With everyone locked inside their homes, the prized ranges of Himachal witnessed no tourists for the past few months. As a result, nature was seen healing itself. The lack of vehicular movements reduced the temperature in the higher altitudes considerably and spotted greater foliage than before. Mountain passes observed snow in the summer months of June and July for the first time in decades.

The iconic Rohtang pass that observes over 15 lakh tourists during these months every year saw a greater buildup of snow despite the annual snowfall being less than the previous year. Lakes and popular pilgrimage sites such as the Bhrigu and Dashaur lakes wore a slim sheet of ice on their surface.

According to Himachal Meteorological Centre, the temperature in Himachal was below normal in April and May. It rose in July but subsided subsequently owing to frequent spells of snowfall in the region.

The largest glacier of Himachal, the Bada Shigari glacier in Spiti rejuvenated this year and almost touched the Chandra River near the roads.

Reduction in garbage disposal and pollution

Tourist Activity in Himachal Pradesh dumps about 3000 tonnes of garbage in the state every year. Popular Tourist destinations such as Shimla, Manali, and Dharamshala get over 150 tonnes of waste in a day during the peak season.

“I recently came back from Rani Sui and Bhrigu lakes. I had not expected such snow in July. I am on my way back from Beas Kund and this area is also covered with snow. Seems like the speed of the melting of snow has reduced this year. A good sign that nature is healing itself,” a local resident told TOI.

Improvement in the Air Quality

A severe improvement in the air quality was observed during the lockdown period with the air quality index going drastically down all around the country. Residents from the higher ranges saw a clear sky and the starry nights lighted up the cities and towns.

Reduced pollution let the people in Jalandhar have a clear view of the Dhauladhar ranges in Himachal. The months under lockdown left uncanny effects on the air quality in Punjab as well. The changes were visible within the first week of the lockdown. The snow-clad mountain range elated the residents of the city and pictures of the “first-ever view” flooded all across the media.

Himachal Tourism under the pandemic

Apart from the state’s picturesque display of nature, Himachal Pradesh also bears the onus of contributing to one of the most prominent industries in India, i.e. tourism. The tourism sector constitutes about 7% of the states’ GDP. The coronavirus that originated in China has borne catastrophic effects on the tourism industry across the world. Tourism in Himachal too slumped considerably due to the lockdown imposed in the country.  As a result, the hotel industry has been pushed to the brink of collapse.

“The monthly salary bill in the state’s hospitality industry stands at nearly Rs 50 crore. It is almost impossible for tourism units to bear this huge amount of salary. If there is no relief from the government, we may be forced to opt for staff retrenchment,” state convener for the of the All Himachal Associations of Hospitality and Tourism Forum said in a statement.

Apart from the hoteliers, the guides, adventurers, and taxi drivers were also severely affected by the lockdown. According to data released by the state government, as many as 3.82 lakh foreign and 1,68,29,231 domestic tourists arrived in the state during 2019, but this year, the ones that were already here in early March were sent back while the state border was sealed.

The state government has been feeling the brunt of the losses as well, Chief Minister Jai Ram Thakur stated, “Tourism industry here suffered the loss of a staggering Rs 4,000 crores.” The government is said to be planning relief packages for people to provide relief to the masses and help with the smooth reopening of the state.

No rush to reopen despite a slumping economy

Despite the looming threats of closure, the majority of the hoteliers were reportedly in no rush to reopen their enterprises for tourists following the national unlock. The Himachal Pradesh government allowed the opening of hotels and restaurants starting June 8, but hoteliers of the state preferred to stay closed until the government came out with some uniform tourism protocols.

Additionally, the potential risk of the spread of the virus when the significant part of the peak season had already concluded seemed irrational to many.

In spite of the dilemma concerning whether or not to reopen the doors of Himachal for tourism, the government ultimately decided to take steps towards reviving the tourism industry in the mountain state. Initially, strict protocols, including the e-movement passes, check on the number of visitors, etc. were issued to control the spread of the virus in the state. Gradually, as the nation started “un-locking” as a whole, the restrictions on tourists were also eased. Consequently, more people were seen making a weekend trip to popular hill stations and pilgrimage sites in the state.

However, recent reports have addressed a cause of worry amongst the natives of the state. The conduct of thousands of tourists who have visited Himachal after the lockdown is posing threats for the residents and the environment. Various tourists have been rather careless towards the natural beauty they so fondly cherish. From disposing-off plastic mineral bottles to chocolate foils to empty liquor bottles, tourists have decked the numerous rivulets, forests, highways, and villages with their garbage.

After Opening borders for Tourist in Himachal, what we should say now? pic.twitter.com/ikbCCBCiyV

The Kangra district of Himachal, well known for its natural wonders, is one of the worst-hit areas. Plastic has bejewelled the district despite being strictly prohibited. It has been especially spoiled by the junk littered by the tourists, although the sale and use of polythene bags in the state are completely prohibited. This is, however, not the first time the visitors have been criticized for their unsavoury habits. Forest officials have repeatedly informed the media that it is impossible to maintain the environment in the state without the cooperation of visitors.

Disappointing images coming from #Himachal, as hill state opens for tourists! This is what our mountain states are getting in return. No matter how much we talk about #responisbletourism, it needs to translate into action! Such behavior is totally unacceptable! #PlasticWaste pic.twitter.com/WOOBwpXcoF

Arguably a superior problem encountered by the people of Manali and Kasol is the complete disregard of COVID-19 safety norms by the tourists. Visuals have unveiled several individuals guilty of flouting COVID-19 safety protocols by roaming without wearing masks or face shields. Locals have further emphasized the need for strict regulations of norms such as these.

Considering the chaos and a surge in the number of coronavirus cases in the state, the government of Himachal Pradesh issued fresh guidelines pertaining to the unlock 4.0. While schools, colleges, and other educational institutions were ordered to remain closed, the interstate movement will be also be monitored through registration in the Covid-19 e-pass software.

Additionally, as an attempt to tackle problems of pollution as well as the spread of the virus various popular hill stations, such as the iconic Spiti valley have once again closed its doors to visitors.  Further, any person violating these orders will be liable for punishment under sections 51-60 of the Disaster Management Act and legal action as per Section 188 of the Indian Penal Code.