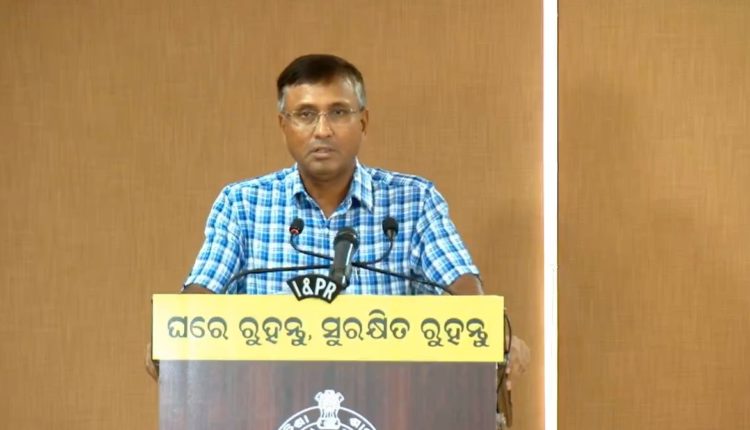 The complete shutdown will be in force from 8.00 pm on April 3 till next 48 hours in Bhubaneswar, Cuttack and Bhadrak town, announced Chief Secretary Asit Tripathy in an emergency press briefing today.

“Since we reported 4 cases (80%) from Bhubaneswar and only 1 (20%) from Bhadrak, we decided to shutdown these two places to prevent further spread of COVID-19 in the state,” Tripathy said.

“In view of the fact that one resident of Cuttack has been found positive for COVID-19, Cuttack city is being included under shutdown for 48 hours from 8pm today till 8 pm on Sunday. We will use the time for contact tracing,” he added.

The government has achieved the target to confine the positive cases at single digit as on March 31. With the move, the state capital Bhubaneswar, Cuttack and Bhadrak town will remain shut from 8.00 pm on April 3 to 8.00 pm of April 5.

However, following sixth positive case, the government decided to extend the lockdown norms to the millennium city.

“This is a serious matter and I solicit your complete cooperation,” said Tripathy.

Earlier addressing the presser, DGP Abhay said that the shutdown will be almost curfew like situation in Bhubaneswar and Bhadrak.

The services including groceries, vegetables, fruits, dairy, fish and meats, which were functional during the 21-day nationwide lockdown, will remain shut for next 48 hours. However, the medical services will remain opened during the period. The district administrations will allow a limited number of medicine stores to remain opened for next 48 hours. For healthcare service on emergency basis, the ambulance services have been enhanced in Bhubaneswar,” he said.

Putting restriction on movement of vehicles, which have been issued pass, DGP Abhay said that all the passes will remain suspended for this 48 hours.

“However, new shutdown pass will be issued for essential services,” he said.

People can dial 100 to avail pass from police for personnel engaged in essential services. However, the National Highway will be unhindered.