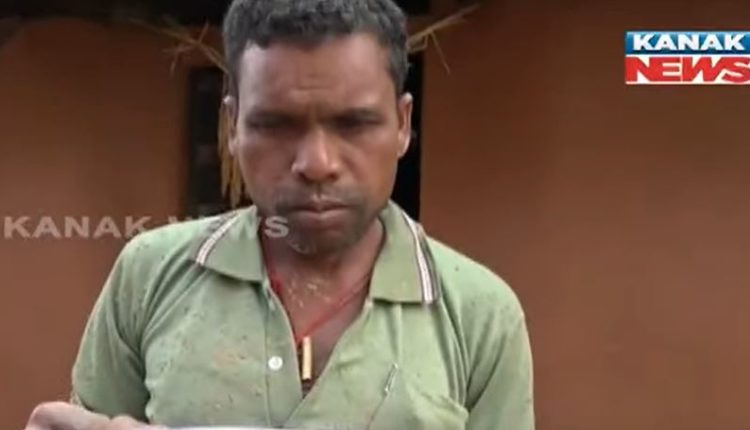 Umerkote: It might sound strange, but a daily wage labourer from Umerkote in Nabarangpur district has received an Income Tax notice for carrying out bank transactions of Rs 1.47 crore. As per reports, the Income Tax office of Jeypore range has sent a notice to one Sanadhara Gand, who works as a labourer, asking him to pay Rs 2,59,540 tax towards bank transactions of Rs 1,47, 82, 057.

For the assessment year 2014-15, the notice has mentioned Sanadhara, a resident of Purjaribharandi under Umerkote block, as a wholesale trader selling seasonal goods.

Sanadhara was not aware of the bank transactions until he received the Income Tax notice few days back.

According to Sanadhara, he was working as a servant of a local businessman for past seven years. “During that time the businessman asked me for my land patta which I handed over to him immediately. I do not know what he did with that. Now I have received a notice from Income Tax department for transactions of around Rs 1.48 crore done at ICICI bank. I am clueless how will I pay the tax amount,” he said.

When Sanadhara informed the then employer and businessman about the matter, the latter refused to help him in any manner.

The businessman declined to comment on the matter when media persons contacted him.

RI, Additional Tehsildar among 3 attacked inside office in Odisha