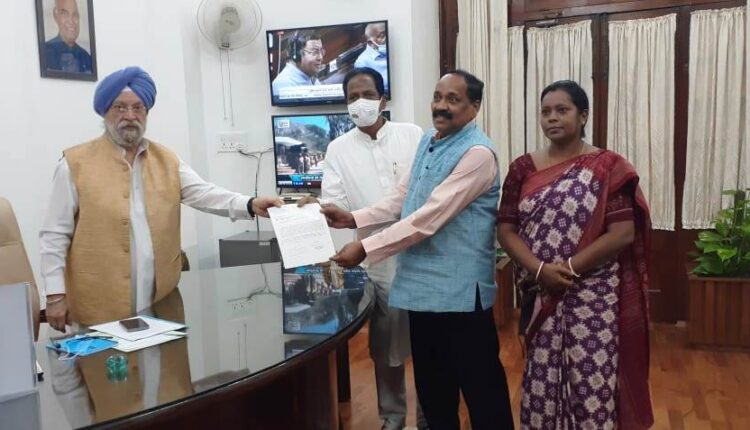 Bhubaneswar: The parliamentarians from Odisha urged Union Minister Hardeep Singh Puri for improvement of stormwater drainage system in urban areas of the State under AMRUT programme.

“The Centre has launched the Atal Mission for Rejuvenation and Urban Transformation (AMRUT) with overarching aim of providing basis civic amenities like water supply, sewerage, urban transport, parks, etc in urban areas. Odisha Government as per Service Level Improvement Plan (SLIP) under AMRUT, had submitted a project with a cost of Rs 3,700 crore for the development of stormwater drainage system in AMRUT cities. However, after repeated requests, the Union Ministry of Housing and Urban Affairs has not approved the projects over past years,” Rajya Sabha member Subhash Singh wrote.

A large number of drainage system in many urban areas of Odisha have collapsed, resulting in waterlogging in major towns such as Bhubaneswar, Sambalpur, Berhampur, Puri and Cuttack, the MP said, adding that the drainage system is in poor condition in these above towns due to environmental decline and unauthorised construction.

Since the project for developing proper stormwater drainage system in urban zones costs more, the State Government needs more funds from the Centre.

The parliamentarians requested the Union Minister to grant approval for the pending projects under AMRUT for improvement and modernisation of stormwater drainage system in Odisha.