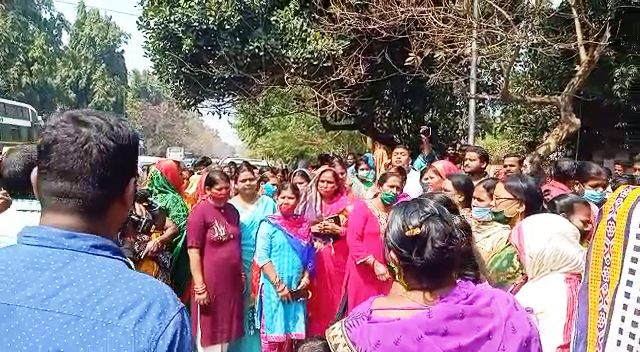 Bhubaneswar: In the run-up to Urban Local Body (ULB) elections in the state, hundreds of aspirants were seen making beeline to the residences of few ruling BJD MLAs over the last few days, seeking ticket for different posts.

The aspirants including  women accompanied by their supporters are turning up before residences of party MLAs, including Sushant Rout (Bhubaneswar North), Ananta Jena (Bhubaneswar Centre), Souvik Biswal (Cuttack-Choudwar) and Bikram Panda (Berhampur), over the last two to three days.

Regarding party candidature, MLA Sushant Rout said selection of all candidates will be completed by this evening. Besides, the party will soon declare its candidates for Mayor post in the three Municipal Corporations–Cuttack, Bhubaneswar and Berhampur.

“Aspirants with more chances of winning the elections will be given tickets. However, party Supremo Naveen Patnaik will take a final call in this regard. And whosoever gets selected by him will get full support from all party members and workers,” he added.

Party Spokesperson Pratap Deb said like the Panchayat elections, BJD will perform well in the upcoming civic body polls, scheduled to be held on March 24.

“People are aware of everything, including the developmental works undertaken by the ruling party. People have reposed their faith in BJD due to various people’s welfare schemes launched by the Chief Minister. The opposition parties are only indulged in spreading false information,” he stated.

Polling in 106 ULBs (47 Municipalities and 59 NACs) and three Municipal Corporation will be held on March 24 while counting of votes and declaration of results will be done on March 26.