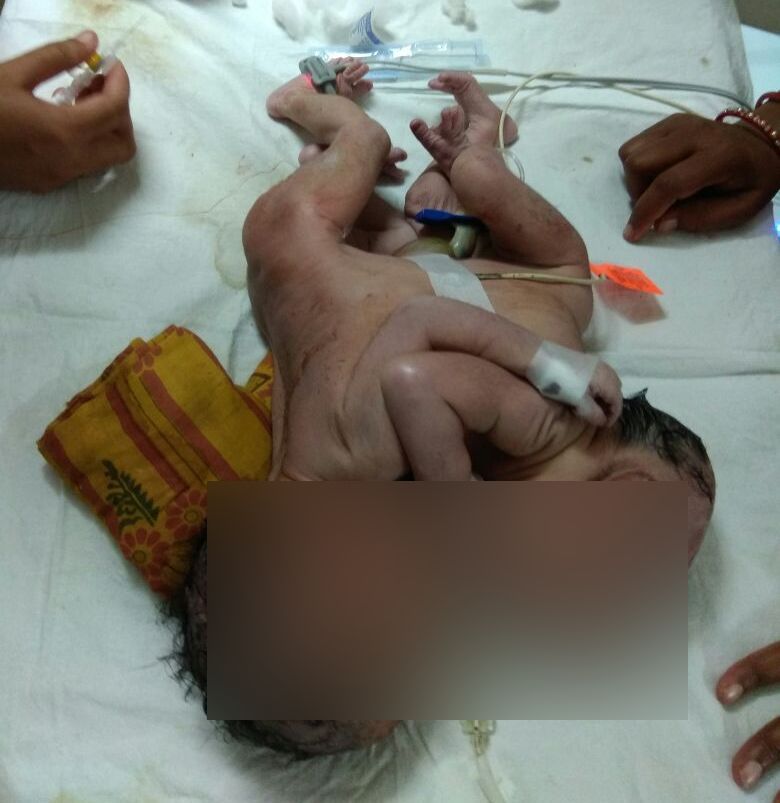 Cuttack: Odisha’s conjoined twins Ganga-Jamuna, who are joined at the chest and stomach, share a common heart and a liver, revealed medical test reports today.

“On the basis of Radiology professor’s suggestion, we did an echocardiograph. According to the echocardiography, there is strong suspicion that the existing heart is defective,” he added.

Dr Satapathy said that they have suggested for a few more tests to draw a conclusive health status of the twins while adding that the babies are now in Neonatal Intensive Care Unit (NICU) of the hospital.

Notably, the conjoined twins, who are girls, were born to Kishore Dutta and Sumitra Dutta of Khalipatana of Sarankul at a private clinic on Friday evening in Nayagarh district.

The twins were later admitted to Sishu Bhawan here late in the evening on the same day.

While CT scan and other medical tests were conducted on the twins on Sunday, Health and Family Welfare Minister Pratap Jena after reviewing the health condition of the twins announced that the government will bear all the medical expenses and provision will be made for their treatment outside the State if required.

Worth mentioning that conjoined twins Jaga-Kalia from Kandhamal district, were recently separated following two major surgeries at AIIMS in New Delhi on Oct 26.

A video released by AIIMS New Delhi today shows Jaga walking by holding his mother’s hands. Also, Kalia, who is presently kept in the General Ward of the hospital today opened his eyes while lying on the bed.

Breakup blues? Read how Odisha youth cope with it