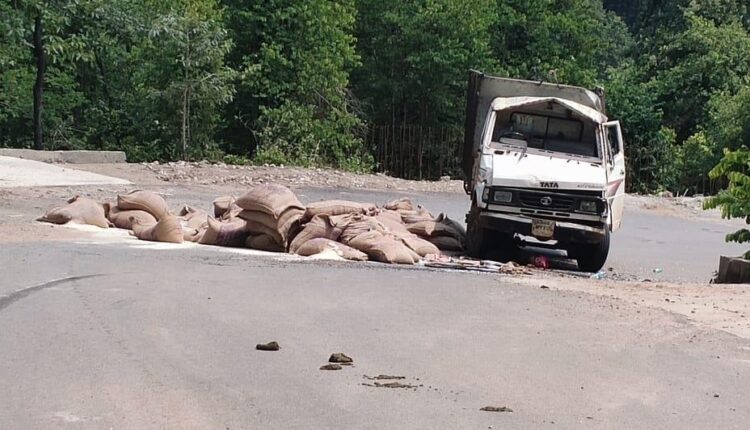 Nabarangpur: A person was killed while two others suffered grievous injuries after a truck loaded with rice turned turtle at Chandahandi under Jharigaon block in Nabarangpur district today.

Sources said after loading rice sacks, the truck was going towards Chandahandi. However, the driver lost control over the vehicle at Chandahandi Ghati, following which it overturned. The driver died on the spot while two other occupants were injured in the mishap.

On receiving information, Jharigaon police along with fire brigade staff reached the spot, rescued the injured and got them admitted to Community Health Centre (CHC) for treatment.