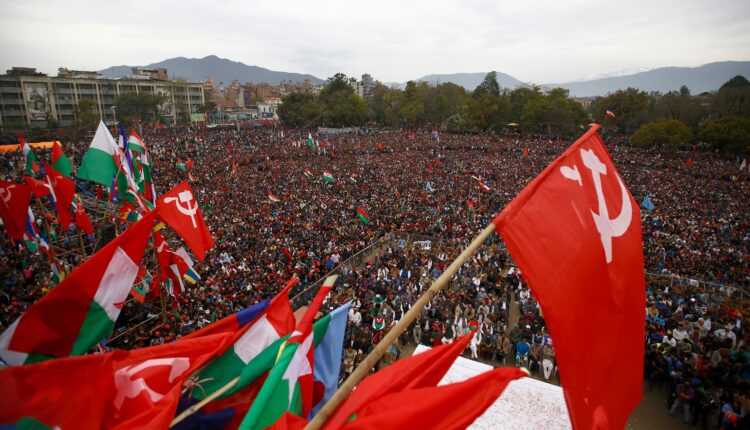 The origin of the Naxalite movement in Odisha can be traced back to the early 1960s as a peasant movement in the then undivided Koraput District, under the banner of the Communist Party of India (CPI). Like all ‘revolutions’ taking birth under the banner of communism, this dented, pro-mao, radicalized movement was also a result of decades of feudal exploitation and the oppression of the rural poor. Over the years, the ‘revolution’ undoubtedly lost all meaning and turned towards the very oppressed it meant to protect in a battle against the state. How did the movement come into being, what caused its rise, and how is it on a steady decline- let’s take a look at the wax and wane of the Naxalite movement in Odisha.

Years leading up to the origin of the Naxalite movement in Odisha witnessed the rural poor’s exploitation and the tribals at petty landlords’ hands. The non-producing landlords and little businessmen always had a surplus of paddy and food grains whereas, the producing workers and tillers of the land had no food. Low levels of literacy further rendered them as the victims of socio-economic exploitation from the pockets of poverty. Poverty in Odisha was too high, especially in the southern and western regions of the state, including Koraput and Ganjam districts. As a result, an agricultural revolution broke out from these regions, which eventually grew into the infamous Naxalite movement in Odisha.

Over the years, Naxalism spread from mere tribal groups to the disadvantaged classes, landless individuals, and even students. Similarly, the target base grew from petty landlords to police personnel, contractors, forest officers, and anyone ‘exploited the people’ according to these groups’ definition. Popular Naxalite groups included the People’s war group (PWG), Maoist Communist Center (MCC), and several others. They clung faithfully to Mao’s dictum of”on the force of the popular masses.” They even studied the actions of Ernesto ‘Che’ Guevara, who has left behind very practical and detailed instructions for launching a guerilla war. Consequently, they thrived on the popular support of the gullible oppressed classes who aided these groups with everything from transport to assistance to the wounded to disrupt the enemy positions. Naxalites operated dominantly in the tribal areas, whereas the coastal districts remained somewhat politically conscious.

2007 arguably marked a peak in left-wing extremism in Odisha. With a hold over half of India’s 29 states, Naxalism had buried its claws under 40% of the nation’s geographical area. According to the BCC, about 6,000 people lost their lives due to the prevalent Naxalism in the country between 1990 and 2010. Al Jazeera, on the other hand, reported more than 10,000 casualties between 1980 and 2011.

Decades of political ignorance and bureaucratic apathy towards tribal exploitation paved the way for the unwarranted left-wing extremism. Ironically enough, what started as a mere peasant movement in a small district of Odisha came to constitute “the greatest internal security threat to the nation”- as stated by former PM Manmohan Singh on Naxalism in India.

The steady decline of the movement

The India National Congress remained mostly indifferent to the Naxalite movement in the state for over 35 years. Other successive regimes in Odisha also failed to evolve any clear policies on the issue. It was only during the period between 1990-1995 of the Janata Party Government that the state recognized the problem as a socio-economic one. Yet, despite measures against the Naxalite movement, Biju Patnaik, the then Chief Minister, failed to curb the Naxalite activities in the state.

However, in February 2009, the central government of India announced a new nationwide initiative called the ‘Integrated Action Plan’ (IAP) to combat and undermine the Naxalite movement in 9 states. These included Andhra Pradesh, Bihar, Jharkhand, Chhattisgarh, Maharashtra, Madhya Pradesh, Odisha, UP, and West Bengal. IAP focused on grass-root economic projects and an increase in special police funding. Consequently, the country as a whole saw a decline in the Naxalite movement. Just one year later, Karnataka was removed from the list of Naxal-affected areas. By 2011, the number of Naxal affected areas was reduced to 83 districts while the reported Naxal related deaths also fell by 50%. However, 2013 again witnessed a major Naxal attack, popularly known as the 2013 Naxal Attack in Chattisgarh, wherein about 24 leaders were killed.

Nevertheless, recent statistics provided by the government of Odisha claim a decline in the Naxal activities in the state. In 2019, Odisha Chief Secretary Asit Tripathy claimed that ten out 15 Maoist-hit districts are now free from the influence of Left Wing Extremism. He attributed this development to the steady implementation of developmental activities undertaken in affected Red affected areas. Specific schemes included providing rights over forest land to over 1,41,471 tribal families, improving road communication with 29 completed road projects under Road Requirement Plan-I (RRP-I) whereas, another 33 projects sanctioned under RRP-II are under implementation.

Taking the population’s literacy into account, one Ekalavya Vidyalaya (residential schools) has been established in Malkangiri and Koraput districts. Further, three other such schools were sanctioned by the Centre in 2019. Of late, telecommunication, banking facilities, skill training, and other services are also getting attention in these affected areas.

B) Unpopularity amongst Tribals and the rural poor

The decline of the Naxalite movement in Odisha bears its onus upon its losing fan base among the very tribal groups it meant to ‘uplift.’ Ironically, the objective of this Maoist movement in Odisha shifted from justice for the landless and poor peasants to the exploitation of the very same tribals, agricultural laborers, mining workers in a cry against the state. The majority of the tribals depend on agriculture for their livelihood. The PWG operatives, who had sworn to the ideology of Mao and Marx and went out of the way to protect these tribals’ interests, gradually began extorting money from them. As a result, it did not take the tribals long to realize that the Naxalites had not only failed to deliver on their promises but were also using them as pawns in a war against the state. In recent years, tribals have actively contributed to the capture and surrender of multiple Naxalites. 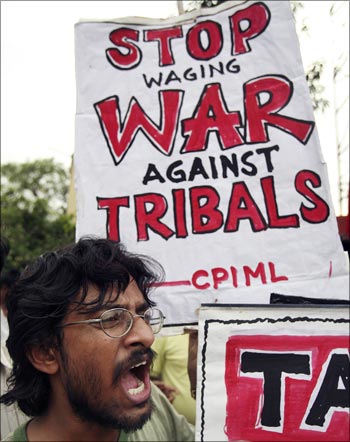 Maoist insurgents are today known to derive their strength from all sorts of anti-national and anti-social forces. In recent years, the organizations have even allegedly received funding from terrorist organizations such as ISIS. Recent attacks such as the PWG attack on a temple in Andhra Pradesh have caught national attention. Wanted criminals have joined the Naxalite ranks in Odisha in an attempt to evade arrest.

Further, the sheer denial of any scope for negotiation with the state added to the list of reasons for their decline. The Maoists of India have failed to realize that not even Mao himself claimed that the ‘armed struggle’ for control over the state is non-negotiable. It is vital to consider that if peaceful negotiations achieve the objectives, any talk of ‘armed struggle’ is meaningless and irrelevant.

Naxalism in Indianaxalite in odisha