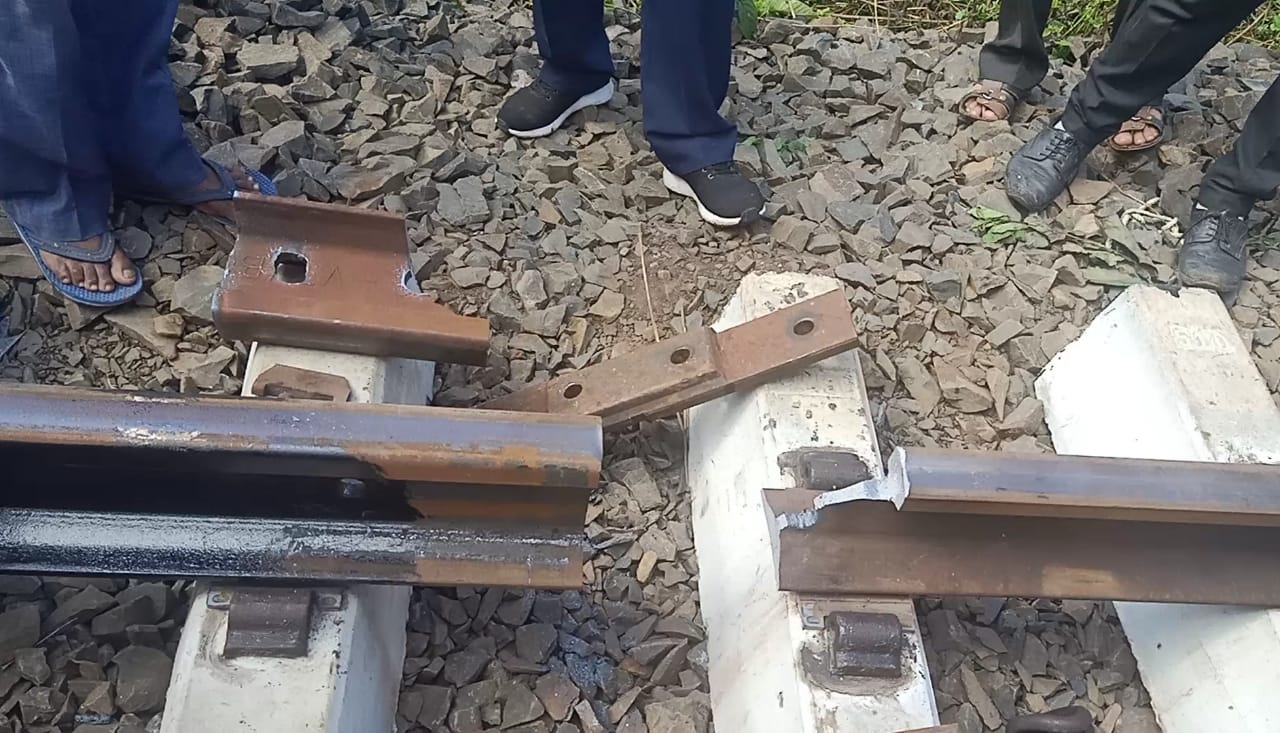 Baripada: A major train mishap was averted today as the railway track near Gorumahisani Railway Station was found damaged in Odisha’s Mayurbhanj district.

Hats off to the loco pilots Sk Hembram and S Soren of Tatanagar – Badampahar DEMU who stopped the train after the damaged track came into their notice, just 2 km before a stoppage.

The incident came to fore after Tatanagar – Badampahar second DEMU train was halted midway while advancing towards the Gorumahisani Railway Station.

According to reports, the loco pilots found the track completely damaged ahead of the Gorumahisani Railway Station. Acting immediately, they stopped the train to save lives of hundreds of passengers.

The panicked passengers had to walk 2 km to reach the station.

The train service resumed following a delay of two hours after the railway official repaired the track.

The track was suspected to have been damaged while a wagon carrying iron ore from Gorumahisani mine moved on the route last night, sources said.

When asked about the incident to the Gorumahisani Railway Station head, he refused make any statement on the matter.