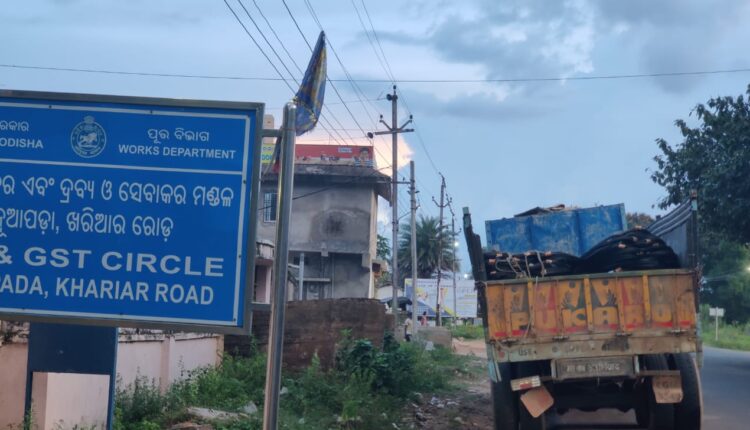 Nuapada: The Commercial Tax & GST Enforcement Unit, Nuapada, seized a truck illegally transporting iron bars from Chhattisgarh to Khariar Road during a raid and imposed a huge amount as fine.

The truck was fined a whooping Rs 3,4,932 for illegal transportation of goods. The vehicle was released today after collecting the fine amount from the truck owner.

According to reports, the CS and GST Enforcement squad led by Deputy Commissioner Priyabrata Gartiya had raided a truck enroute to Khariar Road from Raipur on September 16. The vehicle was carrying total 25.6 tonne iron bars.

During search, the truck driver failed to provide any valid documents of the vehicle following which a notice was served to the truck owner. Following several notices in the last 10 days, the truck owner today deposited the fine amount at the department and thereafter the seized truck was released.