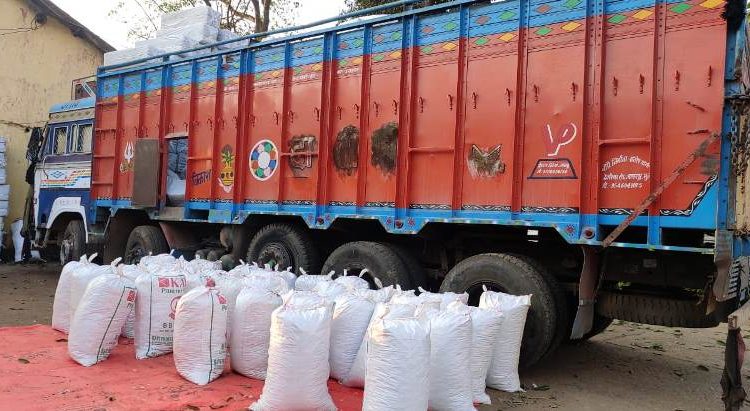 Koraput: The district police today foiled a bid of illegal transportation of ganja in Semiliguda of Koraput district. A total of 8.47 quintals of ganja along with a truck was seized and two persons were arrested for their alleged involvement in smuggling of cannabis.

The arrested persons are Sanjay Kumar and Kundan Kumar from Bihar.

Based on reliable information, the district police had formed a special team to seize the ganja. The police team in a vehicle intercepted a 14-wheeler truck coming from Nandapur area near Bodenanga Chhak at around 11.30 am. During a search, the cops found the large quantity of ganja packaged in plastic bags in the truck.

Following this, two youths transporting the ganja were taken into police custody.