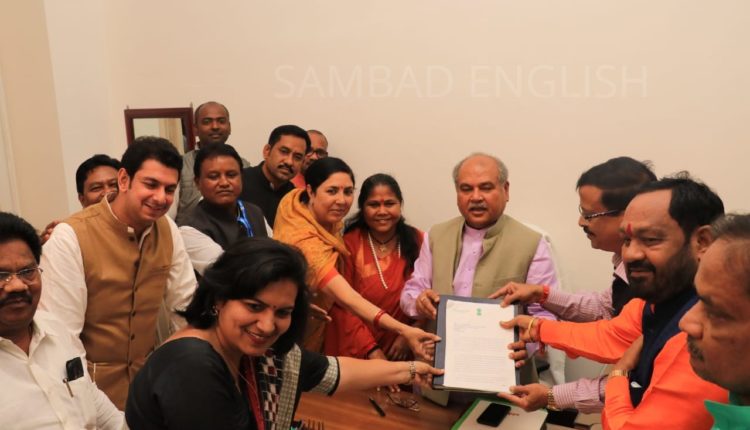 They alleged gross discrepancies in the assessment of eligibility of beneficiaries, blatant favouritism and nepotism in allotment of houses and utilisation of funds for houses under PMAY as well as in the housing assistance granted by the Government of India for rehabilitation of people affected by cyclone Fani.

“It is shocking to be told about the glaring inconsistencies being reported against the Government of Odisha in the implementation of PMAY scheme, and specifically the foul-play in distribution of housing funds. Media reports across the State have highlighted that that no less than 10 lakh or 85% out of the 12.85 lakh PMAY beneficiaries in Odisha are ineligible for the scheme, meaning that a vast majority of the funds have been misutilized for personal gains while depriving the true beneficiaries of the scheme. A thorough investigation is needed to ascertain the extent of deviation from the Central guidelines in the preparation list of beneficiaries by the Government of Odisha,” read a memorandum submitted by the MPs and MLAs to the Union Minister.

They sought Tomar’s personal intervention in launching a thorough investigation by an agency of Government of India to assess the allegations.