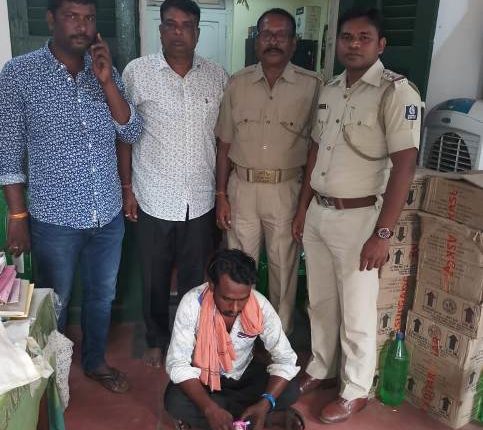 The arrested person identified as Sudhi Mohanty is a resident of Panda Sahi in Jagatpur.

Sources said Sudhir had come to sell the narcotic item to a customer at Link Road, from where he was going to Gopalpur. Acting on a tip-off, the Excise officials conducted raids, intercepted the auto-rickshaw and nabbed the driver.

After interrogation, the Excise sleuths revealed that four middlemen from Jaleswar area of Balasore district used to supply brown sugar to Sudhir in Jagatpur in phased manner. Sudhir, who also consumes the narcotic item, sell the same at Rs 300 per pouch.

Meanwhile, five cases have been lodged against the accused at Jagatpur police station. Search is on to nab other members of the gang, said an Excise official.

Bali Jatra kicks off in Bhubaneswar

Brown sugar worth over Rs 20 lakh seized in Bhubaneswar; 3…