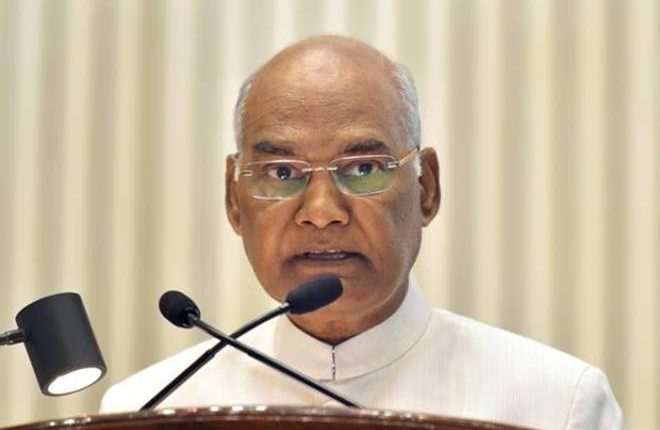 New Delhi:  The Budget Session commenced on Friday with President Ram Nath Kovind’s address to the joint sitting of Parliament amid 18 opposition parties boycotting the event and Congress member Ravneet Singh raising slogans against the government on farmers’ issue.

Following tradition, the President began Budget Session 2021 with his address at 11 a.m. at the Central Hall of Parliament highlighting the government’s plan, policy and vision for the next financial year as well as the steps taken during pandemic.

The President condemned the farmers’ violent march on Republic Day and their attempt to dishonour the dignity of the Red Fort where Prime Minister unfurls Tricolour on Independence Day every year.

The two Houses later met separately for the tabling of the President’s Address. The Economic Survey was also tabled in both Houses during the 30-minute sitting after paying obituary references.

Both, the President’s address as well as the Economic Survey was tabled first in the Lok Sabha amid sloganeering by opposition parties against the three farm laws.

Lok Sabha Speaker Om Birla later adjourned the House till Monday — the day when the Union Budget will be presented by Finance Minister Nirmala Sitharaman.

The session is being held in two parts this year due to Covid-19 pandemic.

The first part of the Budget Session is scheduled to conclude on February 15 while the second part will commence on March 8 and is expected to end on April 8.

Given the Covid-19 outbreak, Parliament will sit in two shifts. The morning session is dedicated to the Rajya Sabha while the Lok Sabha will sit in the evening.

All Covid protocols will be followed during this session on the same lines as the Monsoon Session last year.

Finance Minister Nirmala Sitharaman will present the Union Budget at 11 a.m. on February 1.

The Lok Sabha shall hold 12 sittings and during the second phase of the session, there will be 21 sittings of the House. Question Hour, Zero Hour will also be held during this session.

The Bahujan Samaj Party and the Aam Aadmi party also joined the 16 opposition parties, who boycotted the President’s Address over the manner in which the three farm laws were passed.

This is the second time in a row when the opposition stayed away from the Presidential Address. Last year, the opposition parties, barring the Bahujan Samaj Party, had staged their own programme in front of the Ambedkar statue, reading from the constitution and preamble in support of those opposing the citizenship law.

This year, the opposition parties, who are divided and fighting each other in the states, made a joint statement in solidarity with the farmers protesting against the controversial new agricultural laws and other issues to boycott the Presidential address.