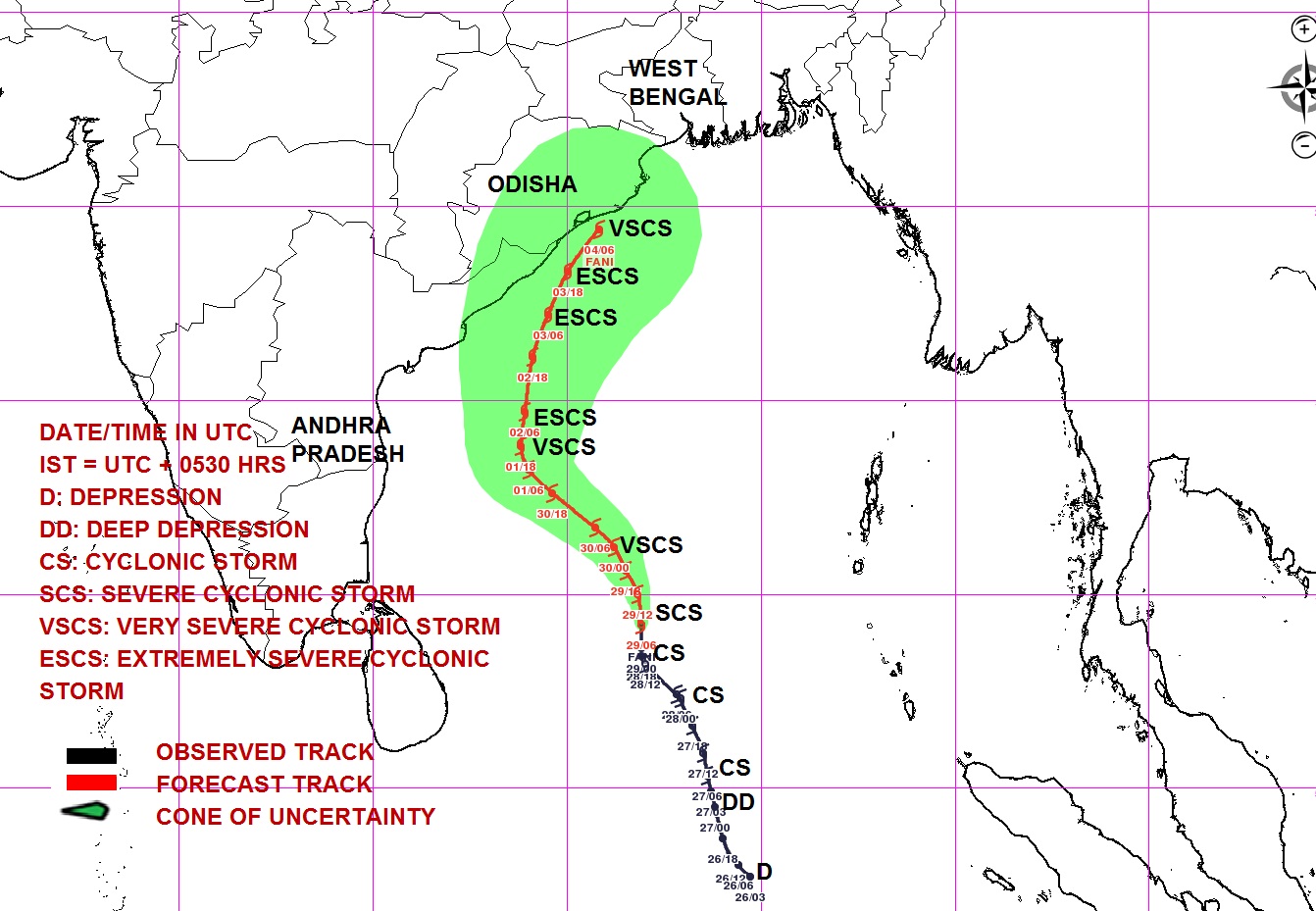 Bhubaneswar: The Odisha government today cancelled leave of all government officials in four districts in the wake of the possible cyclonic storm ‘Fani’ that is expected to head towards Odisha coast on/after May 1.

Collectors of Puri, Ganjam, Kendrapara and Khurda have instructed all the government staff to remain alert after the Met Department said cyclone Fani was moving towards the state’s coast by this weekend.

Post cyclone, train movement in Odisha to be normalised from…

Besides, Special Relief Commissioner (SRC) Bishnupada Sethi had earlier directed all collectors of coastal districts to remain alert and take necessary actions to re-vitalise the cyclone infra in the State.

Fishermen along the Odisha coast have been advised not to venture into the sea from May 2 onwards.

Cyclone ‘FANI’ to make landfall in Odisha at…