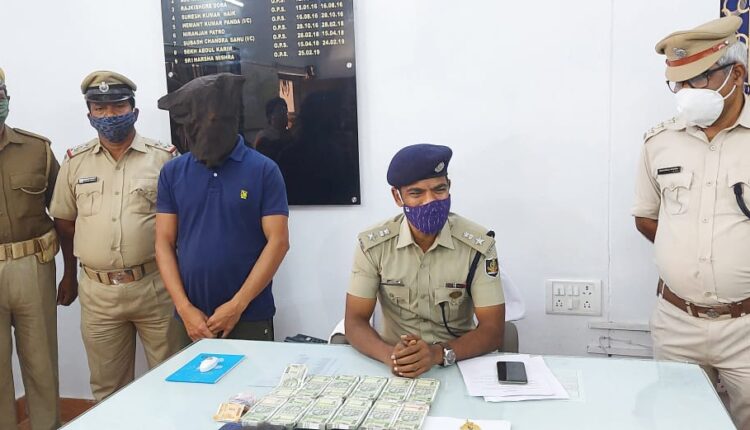 Dhenkanal:  The Motanga police of Dhenkanal district arrested the prime accused of SBI ATM loot case from Balasore district and produced him before court today.

The accused has 25 cases pending against him at different police stations in Bhadrak, Balasore, Mayurbhanj, Khordha and Bhubaneswar. He will be taken on remand for interrogation as investigation into the loot incident is underway, the SP said while briefing mediapersons.

On December 14, miscreants had looted Rs 26.56 lakh from a SBI ATM at Nimabahali Chhak here by cutting the cash disperser with a gas cutter.  In this connection, the Motanga police had registered a case under Sections 256 and 20 and begun investigation.

Six days after, four persons were nabbed while another was arrested on January 3.   All of them were later produced before court.