Bhubaneswar: The Directorate of Higher Secondary Education, Odisha, today published the first cut off list of percentage for admission into Plus II courses in various streams in different junior colleges across the State.

The students, who have applied for admission into Science, Arts and Commerce streams, can check the list on website of Student Academic Management System (SAMS) https://samsodisha.gov.in/Juniorweb.aspx

Here’s the list of first cut of percentage for admission into Science, Commerce and Arts in different institutions: 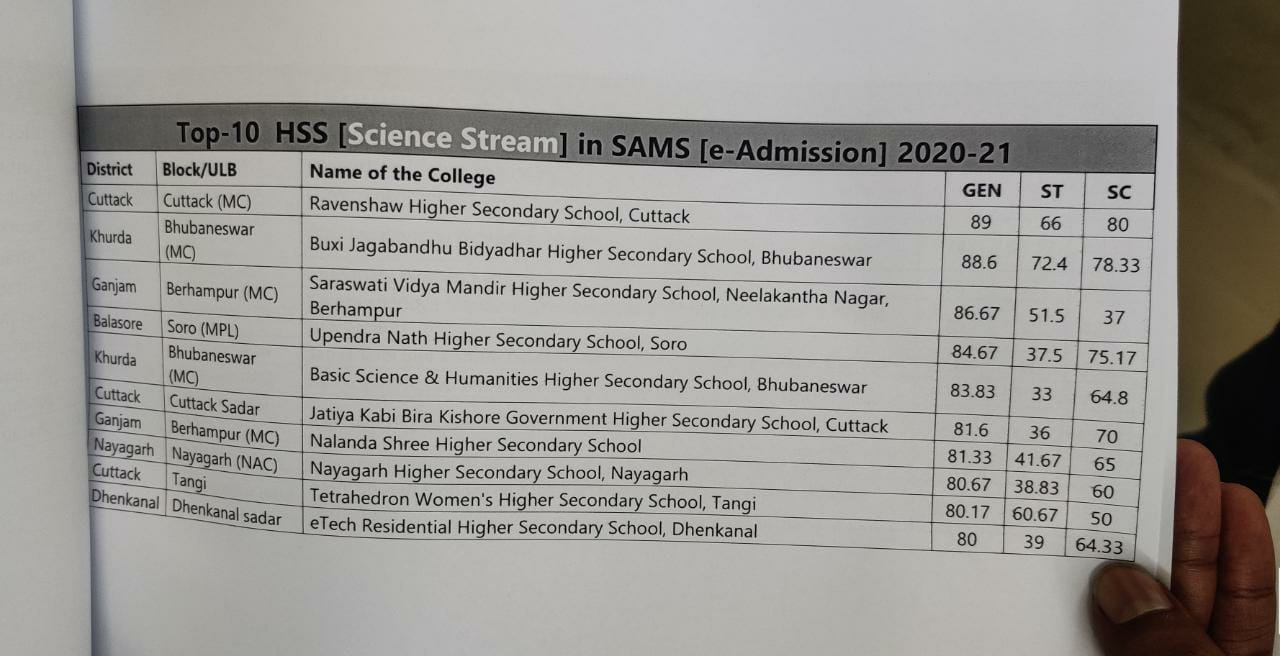 Plus II Admission process begins in Odisha; know how to…