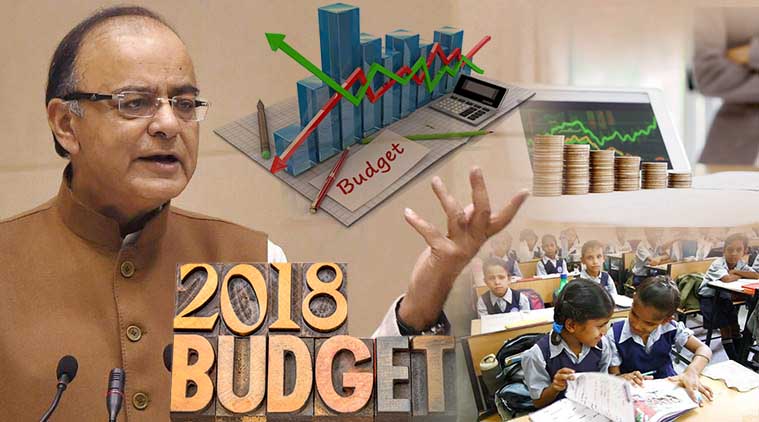 Bhubaneswar: After Finance Minister Arun Jaitley presented the Union budget 2018-19 at the Lok Sabha on Thursday, mixed responses were reported from across Odisha over the annual budget.

Although, the budget was prepared targeting the farmers and rural people, the city people were expecting much from the NDA government led by Prime Minister Narendra Modi.

In short, it can be said that there was no freebies for poor, ST/SC community and welfare programmes in the budget ahead of the general elections.

Budget is not for middle class

The budget has been prepared for the common citizens focusing on agriculture, rural development, health, education and employment expansion. However, there is no provision in the budget directly benefiting the middle class families, said Sharat Kar, an employee of a private firm.

Nothing special for the senior citizens in the budget

The budget is completely disappointing as there is nothing for the senior citizens. Neither the pension for senior citizens was not hiked nor was the income tax slab increased to Rs 5 lakh. The pension of 95-batch retired employees was also unchanged. There is no provision for taking initiatives to eradicate old age related ailments, said Odisha Barishtha Nagarik Manch president Krupasindhu Sahoo.

Middle class and government employees were neglected in the budget

The Centre has neglected the middle class and government employees in the budget 2018-19. The government had been considering bringing change in the income tax payment, but nothing was made in the budget. It has shocked the government employees and people belonging to middle class. The budget has been prepared for the farmers and labourers in view of the upcoming elections in the country, said Prof Nalini Patra, HoD of Journalism & Mass Communication at BJB Autonomous College.

Housewives stare at the budget

The housewives have equal contribution in the growth of GDP. However, the government has no provision for them in the budget. The Modi government needs to have focused on students’ fee in field of studies. There should be cap on the LPG and oil prices that put additional burden on the households, said Amruta Ray, a homemaker.

Farmers to be benefitted in the budget

The Centre has laid emphasis on health, education and social security in the budget. The initiatives have also been taken for development of rural economy. The government also aims to double the farmers’ income by 2022, said Jai Odisha president Rudra Samantray adding, “It is a complete budget.”

No major allocations for education

No major allocations were made in the present budget for the education sector. While there is no adequate number of trained teachers in the villages, how the government’s plan for transforming the basic education from the blackboard to digital board will be executed, questioned Utkal University Teachers’ Association president Prof Santosh Tripathy. Although, the fellowship system for the students is a good initiative by the government announced in the budget, there is nothing for the government employees. The farmers will be benefited with the hike in the MSP of kharif crop, he said.

Centre in the budget announced to set up 24 additional medical colleges and hospitals across the country. However, there was no provision made for the general students in the budget. Odisha was expecting more national level educational institutions ahead of 2019 elections, said Rama Devi Women’s University student Anusuya Tripathy.

The budget did not announce to take initiative for the students opting for the higher studies.We expected more universities to come up in the country, said Samir Sahoo, a student.

No provision in the budget for higher education

Finance Minister Arun Jaitley completely ignored the higher education in the budget. No special provision has been made in the budget for the students moving abroad for higher studies. The digital board instead of blackboard is welcome step by the government; the university campus is yet to be digital, said Soumya Ranjan Mohapatra, a student of Utkal University.

A commendable budget for use of renewable energy

As the government is going to make the solar panel dearer, the use of renewable energy among common people will be widely appreciated. The Indian enterprises that have invested in this sector will be benefited. It may promote the Make In India drive, said Swayam Prakash Baral, an entrepreneur.

A budget for elections

The Centre has prepared the budget in view of upcoming elections making no provision for the middle class people and employment, said Amulya Ranjan Mohapatra, a corporate official.

Government announced to provide free LPG connection to 8 crore women belonging to BPL family across the country. The decision to construct over 2 crore toilets in the country under Swachh Bharat Yojana is also commended. As the emphasis has been given on mothers and child care, it is a good budget, said Barsha Sahoo, a homemaker.