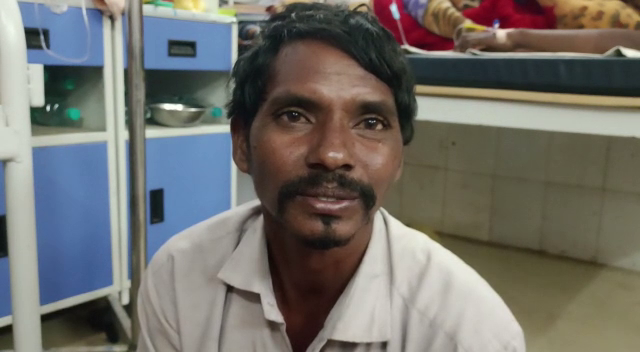 Balangir: A couple was set on fire while they were sleeping near their farmland at Bharuamunda village under Belpada police limits in Balangir district yesterday night.

The victims have been identified as Bharat Bhainsal and his wife Kalpana. The couple has been admitted to burnt unit of the Bhima Bhoi Medical College & Hospital for treatment.

According to reports, Bharat and his wife had been to their farmland on Thursday night to protect cotton crop. While they were sleeping inside a hut located near their farmland, an unknown person set the temporary dwelling ablaze and fled from the spot. As the fire spread to the small shelter, the couple suffered burn injuries.

Hearing screams of the couple, the villagers rushed to the spot and managed to rescue from the burning hut. The victims were rushed to the state-run hospital in critical condition.

Till the last report came in, an investigation was underway by Belpada police to ascertain the accused and reason behind the crime.

Although, the ‘past rivalry’ is suspected behind the incident, the victims denied it.

“Someone set the house on fire while we were sleeping at night. Myself, my mother and my wife were burnt in the incident. I do not suspect anyone as we had not indulged into conflict with anyone,” said Bharat.