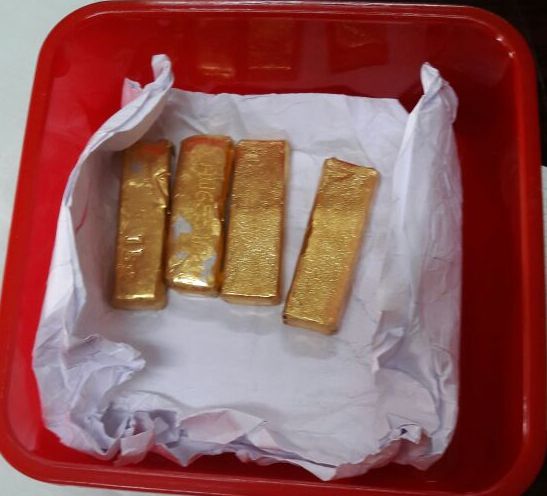 Bhubaneswar: Directorate of Revenue Intelligence (DRI) sleuths have seized four gold bars weighing over 607 gm from a passenger at the Biju Patnaik International Airport (BPIA) in the Odisha capital.

Police said the estimated value of the seized gold is worth over Rs 19 lakh.

The passenger, who was travelling from Bangkok to Kuala Lumpur via Bhubaneswar has been detained by the police and is being interrogated.

Odisha: Gold worth over Rs 50 lakh seized in Bhubaneswar…

On the other hand, while police have not disclosed the name of the passenger, they said the man hailed from Thane in Maharashtra.

The accused was caught during security check at the airport.

According to reports, the accused had hidden the seized gold bars in his rectum. The accused had arrived in Bhubaneswar on Monday by Air Asia flight AK-31.