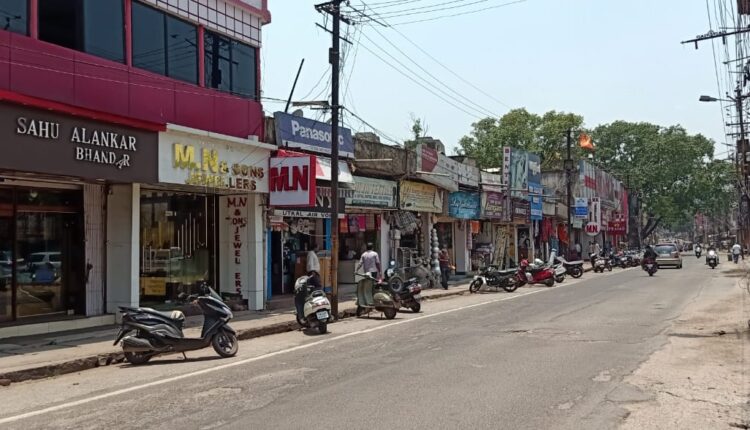 Rourkela: A day after residents of Mahtab Road and nearby areas in Rourkela city engaged in a scuffle with police demanding withdrawal of the containment zone order, normalcy returned in the areas today. Apart from presence of few police personnel in the areas, mostly the areas were peaceful. Unlike yesterday, there was hardly any presence of armed police personnel. The barricades damaged during the violence yesterday were also restored.

Sources said Sub Inspector Dilip Murmu who was critically injured during the police-public scuffle yesterday has been discharged from the IGH, Rourkela.

On the other hand, local unit of BJP condemned the violence and demanded action against the culprits involved in the incident. Also, the party decided to lodge complaint in all police stations under Raghunathpalli area of the city simultaneously.

The local administration on Monday night withdrew buffer zone restrictions from Mangal Bhawan to Janta Niwas and from Madhusudan Marg to Anand Bhawan lane in the city. Demanding withdrawal of containment zone restrictions from their locality, the residents of Mahtab Road and nearby areas pelted stones at police yesterday.