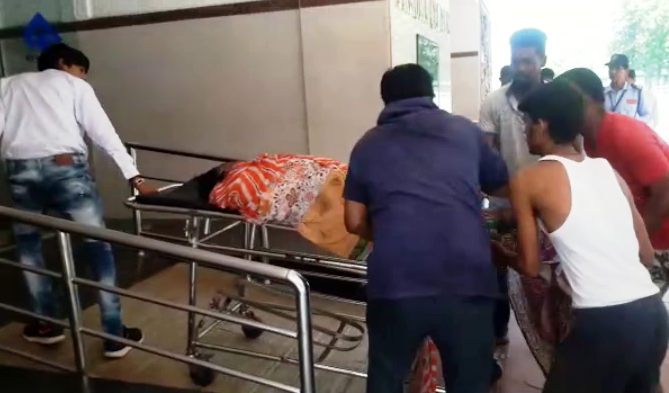 Rourkela: A woman was killed and six others were injured in a gas cylinder explosion in Telugu Basti near Madhusudanpalli here today. Over 15 houses have been gutted in the massive fire.

The two critically-injured persons have been rushed to the Ispat General Hospital (IGH) for treatment.

Sources said a gas cylinder along with some fire crackers stored in a house in the slum area exploded due to unknown reason. Later, the fire engulfed the adjoining houses in the locality. A fire fighting team was pressed into service to douse the flames till last reports came in.

Sources said some people were suspected to be trapped under the debris and a rescue operation was on by the fire personnel.