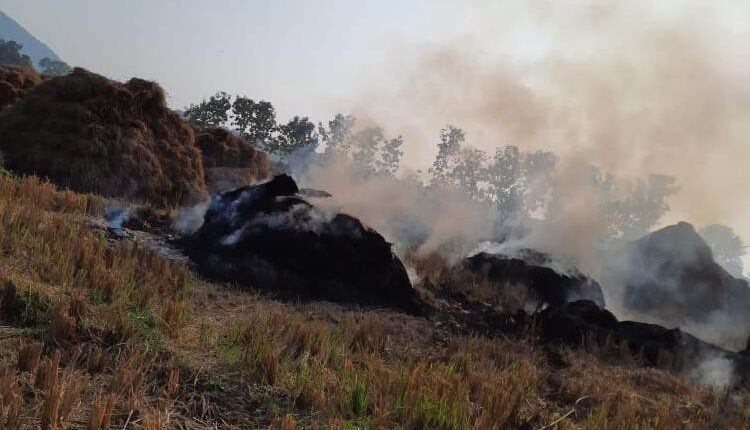 Ganjam: A youth was killed after being electrocuted while threshing paddy in a farmland in Odisha’s Ganjam district today afternoon. The deceased was identified as Manoj Kumar Pradhan aged 28 years old from Tulasipalli village in the district.

Manoj was carrying out threshing of paddy with the help of a machine at the farmland in Buguda area. In the meantime, an electric wire passing over the farmland snapped and fell on the tractor being used to run the thresher. Subsequently, Manoj became critical due to the electrocution.

Locals working in the nearby fields immediately rushed to the spot and rescued the injured youth. With the help of an ambulance, they admitted the injured into the Buguda Community Health Centre where doctors declared him dead.

Over 1,292 quintals of cannabis seized in Odisha this year