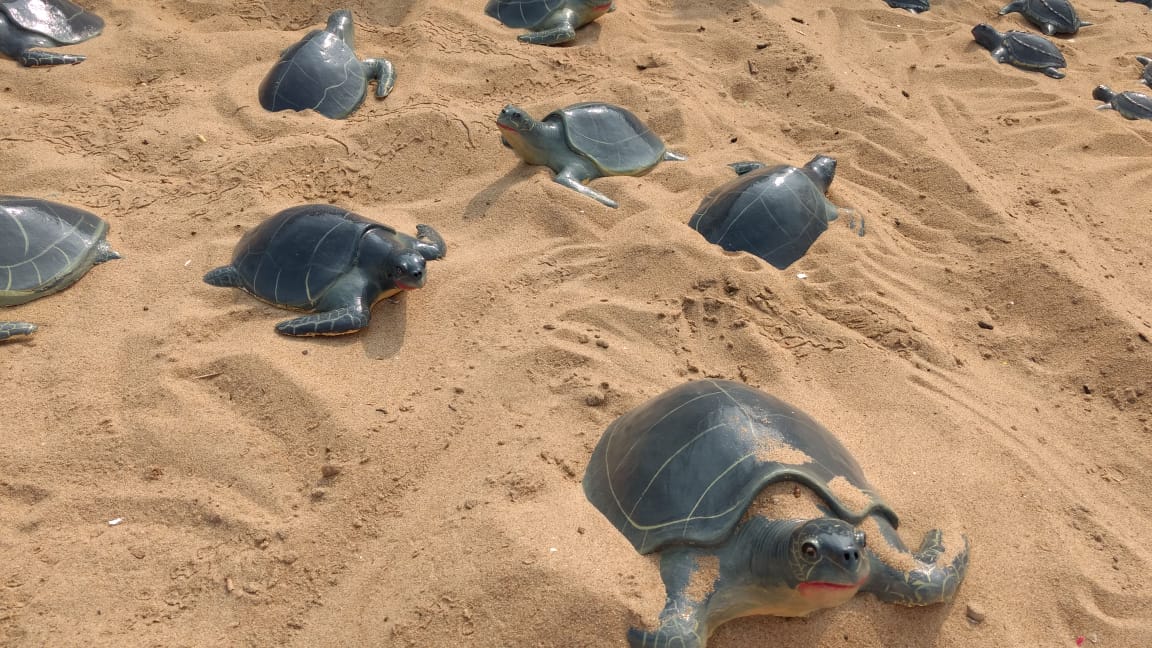 Kendrapara: More than 2 lakh olive ridleys have turned up for mass nesting at Gahirmatha Marine Sanctuary in Kendrapara district in last 10 days.

Although not in large numbers, total 2,03,635 sea turtles have been spawning at Nasi-2 island of Gahirmatha sanctuary for the past 10 days, forest official source said.

The mass nesting process had begun on March 8 at Gahirmatha. While a minimal number of endangered turtles participated in mass nesting on first day, the number increased later.

The mass nesting of olive redileys at Gahirmatha shore was first spotted in the year 1975. The State Government has prohibited fishing in sea upto 20 km from Gahirmatha after declaring it as the first marine sanctuary on September 27, 1997.