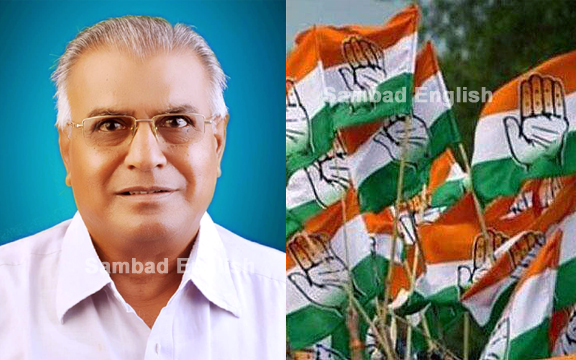 The All India Congress Committee (AICC) General Secretary (In-charge CEC) Mukul Wasnik issued a press release in this regard.

“The Congress President, Shri Mallikarjun Kharge, has approved the candidature of Shri Satya Bhusan Sahu as party candidate for the ensuing bye-election to the Legislative Assembly of Odisha from 1 – Padampur Constituency,” the AICC official communiqué mentioned.

It is pertinent to mention, Bharatiya Janata Party (BJP) announced its MLA candidate’s name for the upcoming Padmapur bypoll in Odisha, earlier in the day.

The central election committee (CEC) of BJP nominated Pradip Purohit for the bye-election to Padmapur Assembly constituency in Bargarh district.

The bypoll is scheduled to be held on December 5, which was necessitated after the demise of former MLA from BJD Bijay Ranjan Singh Bariha at a private hospital here on October 2.