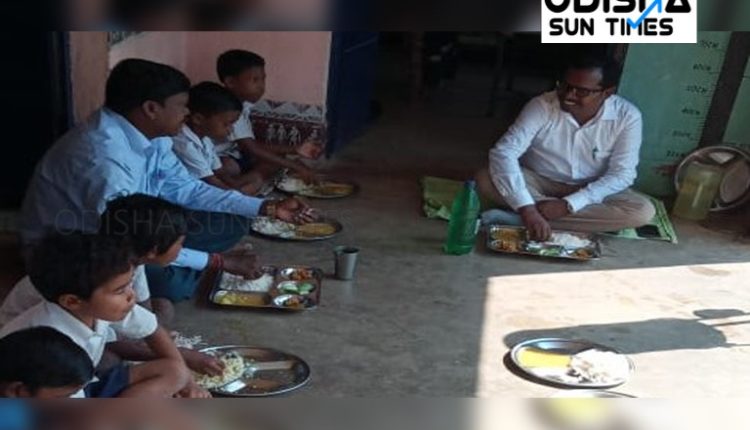 Sundargarh: A big partiality in serving food under Mid-day Meal (MDM) programme was reported from a state-run primary school in Sundargarh district where students and education official were treated differently at dining place.

The incident occurred at Tileimal Project Primary School in Bonai during visit of the Block Education Officer (BEO) on October 3 before Dusshera holidays.

According to reports, BEO Binay Prakash Soy had visited the primary school for inspection of MDM quality. After receiving a warm welcome from headmaster Tupi Chandan Kisan, the official preferred to sit with the students for lunch.

The students were excited to see the official with them at dining place. The partial treatment came into notice when only rice and dal were in the menu for the students and the school authorities along with the BEO were served chicken.

Though the students and BEO dined together sitting on the floor, the former left disappointed as they had only rice and plain dal on their MDM plates whereas the official and school headmaster were served delicious chicken curry and salads, sources said.

The incident came to fore after a photograph showing the students and education officials having lunch went viral on social media.

The partiality in MDM drew flak from all the quarters raising questions on authorities mindset and unequal attitude towards students.