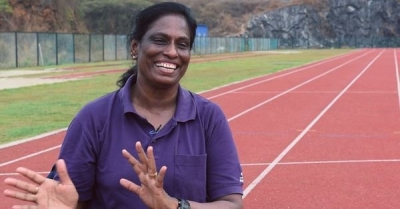 New Delhi: Elected unopposed as the first woman president of the Indian Olympic Association (IOA), track and field legend PT Usha on Saturday said during her tenure she is looking forward to working to making India a “global sporting superpower”.

Usha was on Saturday officially elected as the first woman president of the Indian Olympic Association (IOA) during the governing body’s polls. Usha — a multiple-time Asian Games gold medallist — was declared elected unopposed for the top post. She captured global attention when she missed the 400m hurdles bronze medal in the 1984 Olympic Games in Los Angeles by a fraction of a second.

The polls were held under the supervision of Supreme Court-appointed retired SC judge L. Nageswara Rao.

Reacting to her election, Usha said, “Thank you for all the messages of support and good wishes. Looking forward to the times ahead!”

The 58-year-old Pilavullakandi Thekkeraparambil (PT) Usha from Payyoli town in Kerala’s Kozhikode district, who had won four gold and seven silver medals in four Asian Games between 1982-1994, said she was “humbled and touched” by the messages of support over her election as the President of the IOA.

“Through the experiences of my journey, I know very well the value of this post. I feel the pain of an athlete, and that of a coach. Above all, about the role of a true admin,” Usha wrote in a tweet on Saturday.

“I look forward to upholding the Olympic values and working with national and international sporting federations to ensure India propels forward in our quest of being a global sporting powerhouse!” Usha added in her statement.