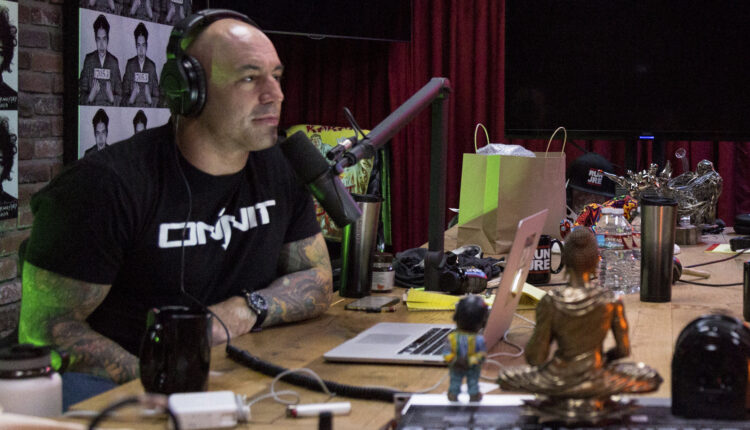 The 70 episodes removed Friday were originally recorded between 2009 and 2018 — before the Covid pandemic. A controversy over coronavirus misinformation on Rogan’s podcast has boiled over in the last two weeks, spurring Neil Young and others to demand that their songs get pulled from Spotify, reports variety.com.

But controversy attracted by Rogan has not been limited to Covid. Singer India Arie this week said she was pulling her music and podcasts off Spotify, saying that: “I find Joe Rogan problematic for reasons other than Covid interviews. For me it’s also his language around race.”

“He shouldn’t even be uttering the word,” Arie said in the post. “Don’t even say it, under any context. Don’t say it. That’s where I stand. I have always stood there.”

It’s unclear whether Spotify removed all 70 of the episodes on Friday because of Rogan’s utterance of the racial slur. A Spotify rep declined to comment.

Rogan, in an Instagram post early Saturday, responded to the supercut of him saying the N-word on the podcast. He said it was “the most regretful and shameful thing I’ve ever had to talk about publicly”, although he said he has not used the N-word in years.

“It looks fucking horrible, even to me,” Rogan said about the video-clip montage.

“I know that to most people, there is no context where a white person is ever allowed to say that word, never mind publicly on a podcast, and I agree with that now,” acknowledging that “it’s not my word to use”.

“I never used it to be racist, because I’m not racist, but whenever you’re in a situation where you have to say ‘I’m not racist’, you f****d up and I clearly have f****d up.”

Guests on the 70 episodes Spotify just purged included professor and YouTuber Gad Saad, who wrote on Twitter of the show he appeared on: “I believe that in that particular episode (if memory serves me right), Joe had uttered the n-word (I can’t remember the context but it was not in a racist manner notwithstanding the likely minefield).”

In recent days, Spotify executivess have met Rogan and his team to discuss Spotify’s concerns about the ongoing backlash against the podcaster. Rogan requested that the streaming service remove the 70 episodes in conjunction with his apology about using the N-word, a person familiar with the talks told Variety.

In a January 31 statement, Rogan had apologised to Spotify over the Covid misinformation repercussions and said he would “try to balance things out” in future episodes.

Spotify’s mass removal of additional ‘JRE’ episodes was spotted Friday by right-wing author and podcaster Michael Malice (real name Michael Krechmer), who noted in a tweet that the streamer had removed two episodes on which he was a guest.

Malice directed followers to a website that tracks Spotify’s removals of ‘Joe Rogan Experience’ episodes; Variety confirmed the ones listed are no longer available.

Previously, Spotify had pruned 43 ‘JRE’ episodes from the catalog after the company added Rogan’s show in September 2020 under a $100 million exclusive distribution pact. Those included segments with right-wing figures such as Infowars’ Alex Jones, Gavin McInnes and Milo Yiannopoulos and also episodes with various comedians.