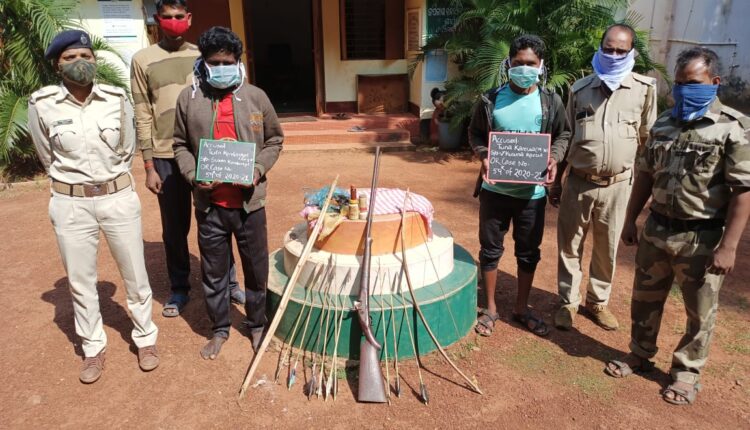 The arrested have been identified as Tuna Karua (19) and Twin Kondalkane (20) of Rameikhamar village under Gondia police limits.

Acting on a tip-off, a team of Forest officials had last night raided the place near camp no. 12 in the sanctuary where the two were getting prepared for hunting.

As many as eight arrows and a country-made gun were seized from the possession of the accused duo.

A case has been registered against the two and they have been forwarded to court.