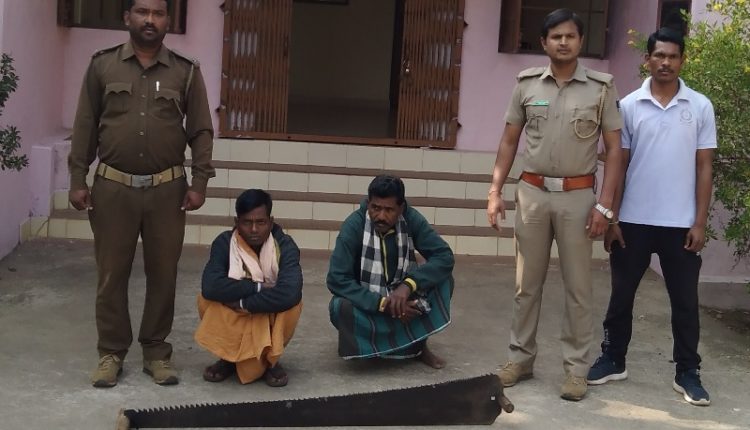 Nabarangpur: The Forest department has arrested two persons on charges of smuggling sal timbers from Coilari reserve forest under Dabugaon forest division in Nabarangpur district. The accused are Mahadeb Bindhani and Madan Panka of Coilari village. The duo was forwarded to court today.

Acting on reliable information, a team of Forest officials raided a place in the reserve forest. Mahadeb and Madan were found to slice three 8-foot long timbers.

The Forest officials said the estimated cost of the sal timer would be Rs 50,000.

A large saw was also seized from the duo’s possession.