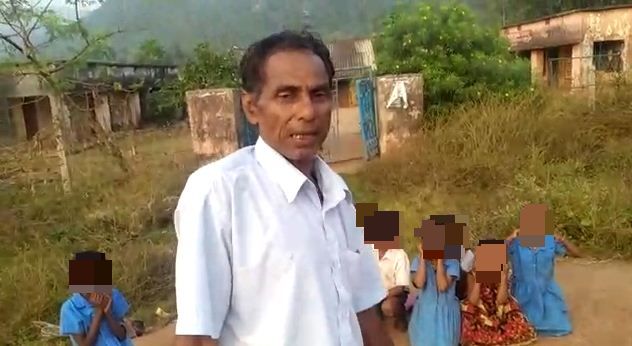 Jajpur: In a shameful incident, a drunk school teacher reportedly tortured several students in Odisha’s Jajpur district. If this act was not disgraceful enough, the teacher also posed near the students for photo.

The incident took place at Balia Primary School under Sukinda block in the district yesterday. According to reports, teacher Makaranda Mohanty reached the school late following which the students opposed it.

Later, Mohanty forced the students to kneel on village road. As the parents of the students intervened, he sat near the students and told them to take his photo. The concerned BEO had started investigation into the matter.

Centre approves allocation of coal block in Odisha to Vedanta