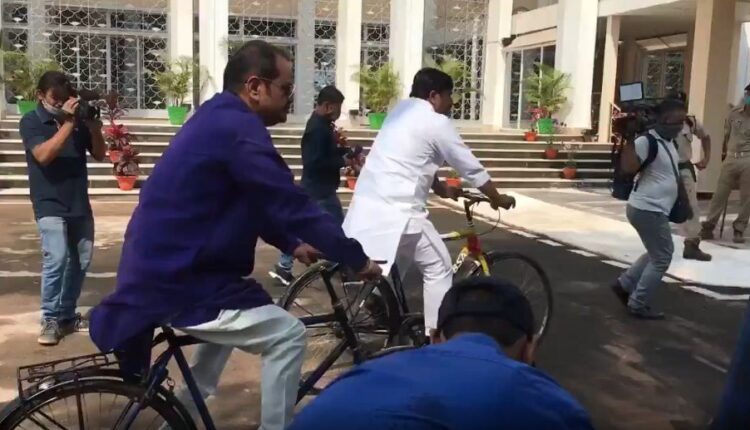 “The Central Government and Odisha Government are equally responsible for the fuel price hike. Both the governments lack humanity. Prime Minister Narendra Modi has created ‘Bure Din’ for the citizens instead of ‘Acche Din’ promised by him earlier. Protesting it, the Congress MLAs today decided to reach the Assembly by riding bicycles,” said Bahinipati.

“We have moved an adjournment motion in the House over the issue. We will disrupt proceedings if discussions over the matter are not held,” he added. 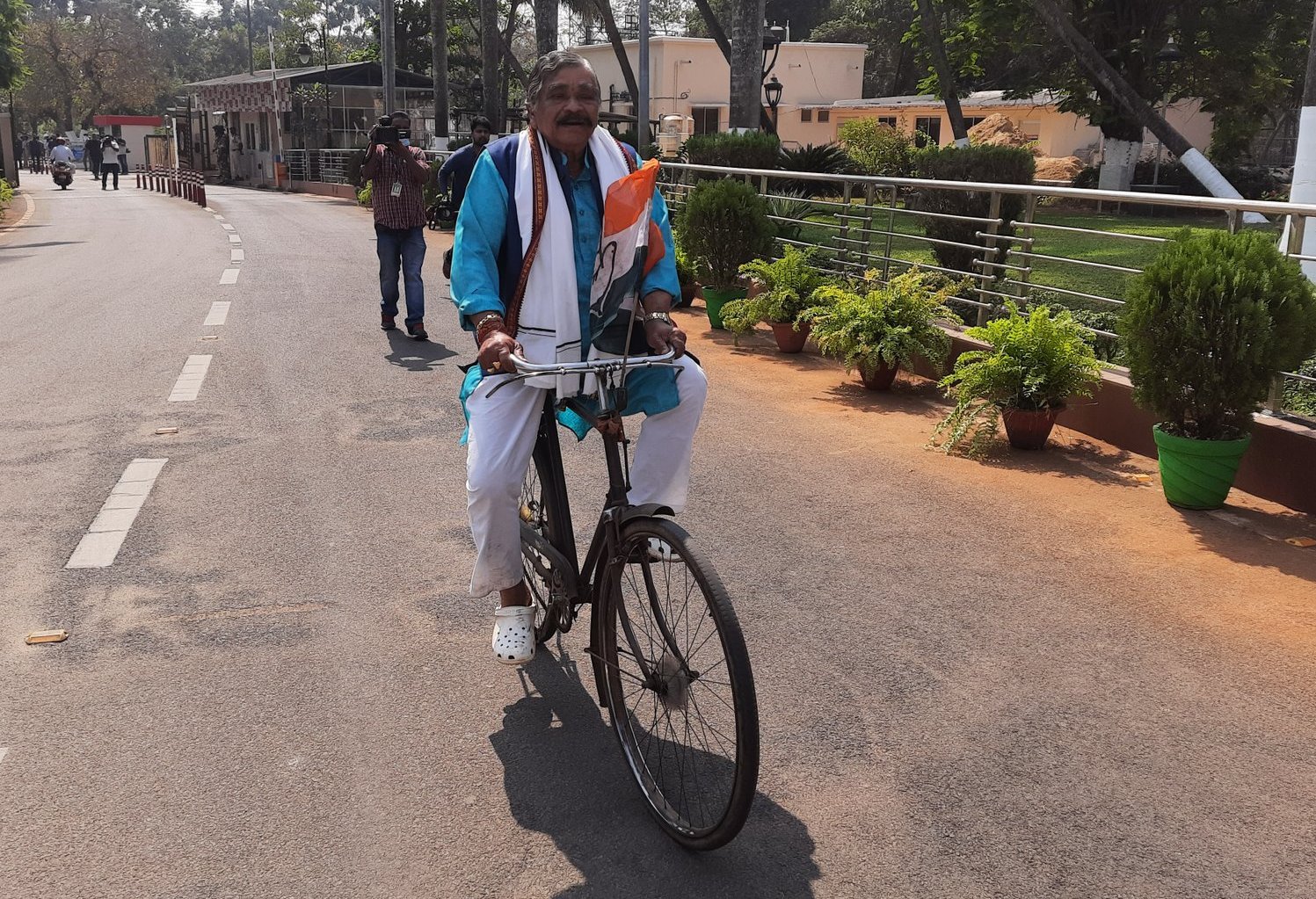 In a related incident, many National Students’ Union of India (NSUI) members smeared an Ujjwala Yojana poster featuring PM Narendra Modi, tore it, and raised slogans against him, Odisha CM Naveen Patnaik, and Petroleum Minister Dharmendra Pradhan at a fuel station in Bhubaneswar. 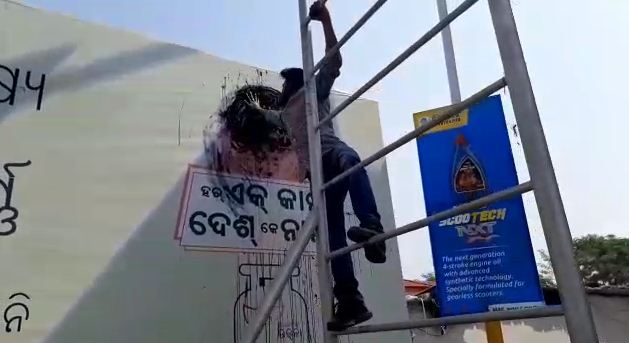