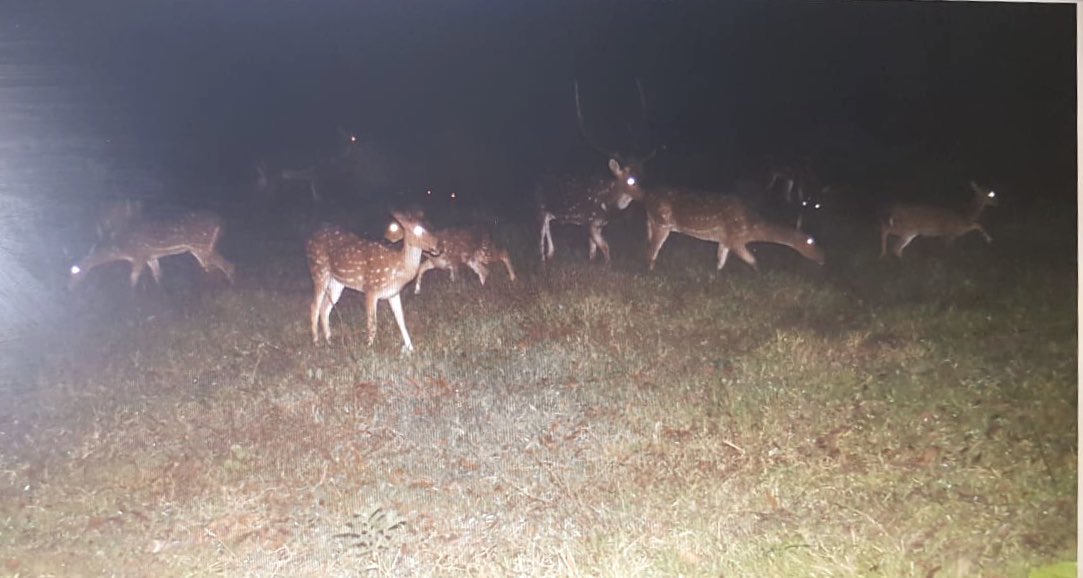 Bhubaneswar: Speculations on existence of deer at Balukhanda Sanctuary in Puri district post cyclone FANI came to an end after the Forest and Environment spotted herds of the animal through special drone cameras today.

Efforts are afoot to locate around 5,000 spotted deer in the sanctuary, he added.

On special arrangements for the animals during this summer, Mohapatra said thatched structures would be constructed to protect the deer from the scorching heat and dry water bodies inside the sanctuary will be manually filled with the help of water tankers till the onset of monsoon.

The PCCF (Wildlife) further informed that 50 acres of land will be acquired to cultivate food crops for black bucks in Aska area of Ganjam district. The project will be implemented on one acre of land on a pilot basis, Mohapatra added.

Over 1 lakh evacuated before FANI in Kendrapara; 3 dead:…