6-YO boy among 220 tests COVID-19 positive in Bhubaneswar 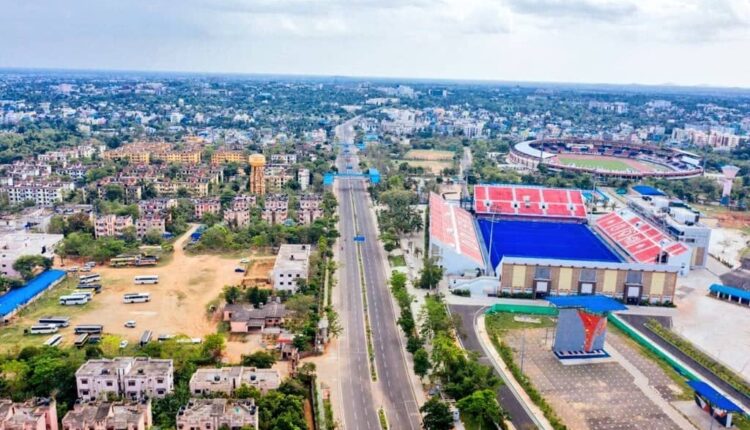 Bhubaneswar:  Of the highest 419 cases reported from Khordha district in the last 24 hours, 220  cases belong to capital city Bhubaneswar.  Among the 220 cases,  136 have been detected from various quarantine centres and remaining 84 are local contacts, informed the Bhubaneswar Municipal Corporation (BMC).

As per the data shared by the urban body, as many as 15 persons, including a 6-year-old boy from Nayapalli Gobinda Nagar Basti have tested positive for the virus. Besides, eight police personnel from 7th Battalion Chandrasekharpur and  three traffic staff have tested positive. Two female staff aged 20 and 23 years of a private hospital have been infected with the disease.

All the patients were under quarantine having link with earlier positive cases.

The local contact cases, include six cases from Badagarh Brit Colony and  four cases each from Gajapati Nagar and Rental Colony. Besides, three cases have been detected from Vani Vihar Pathara Bandha. 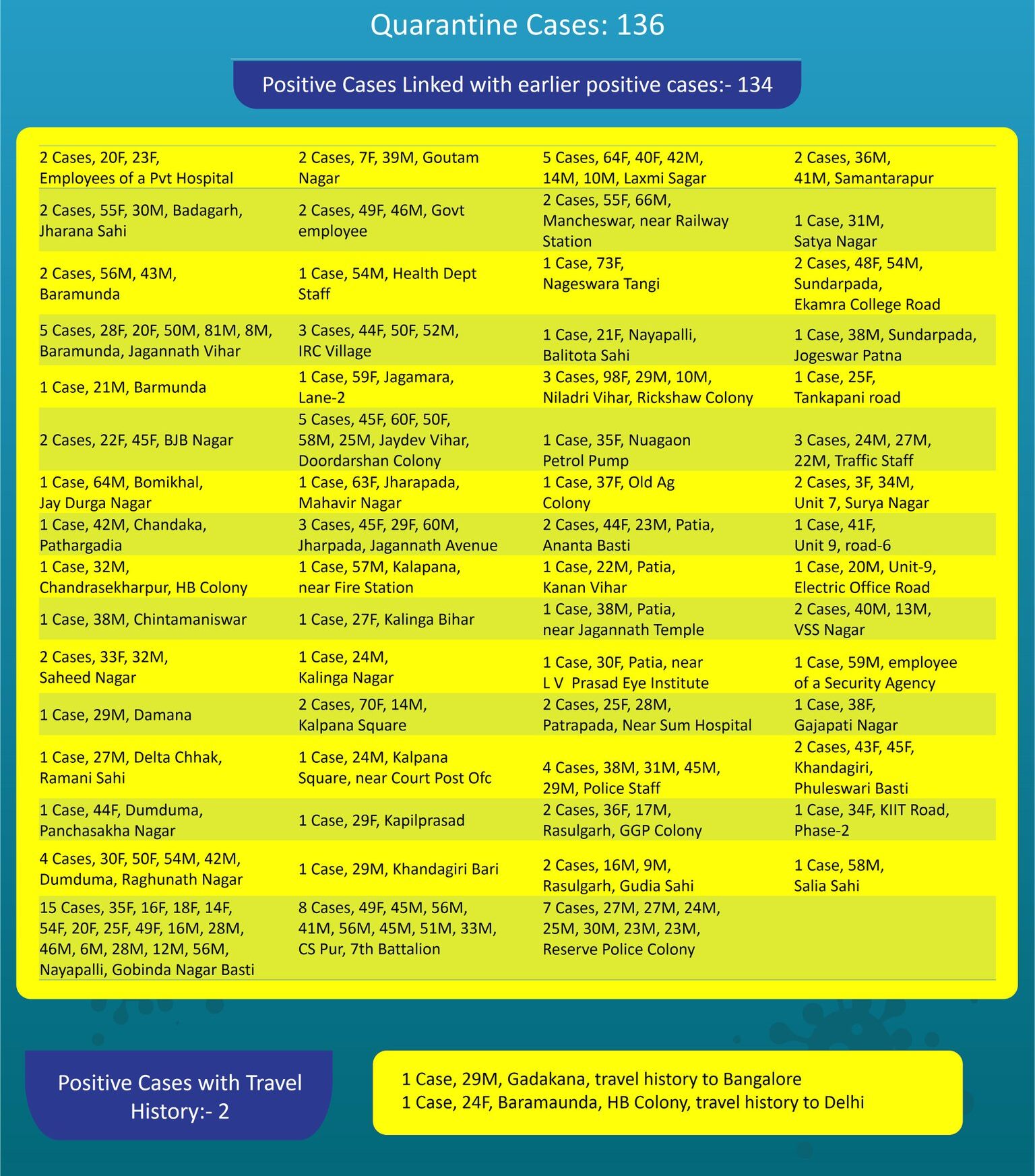 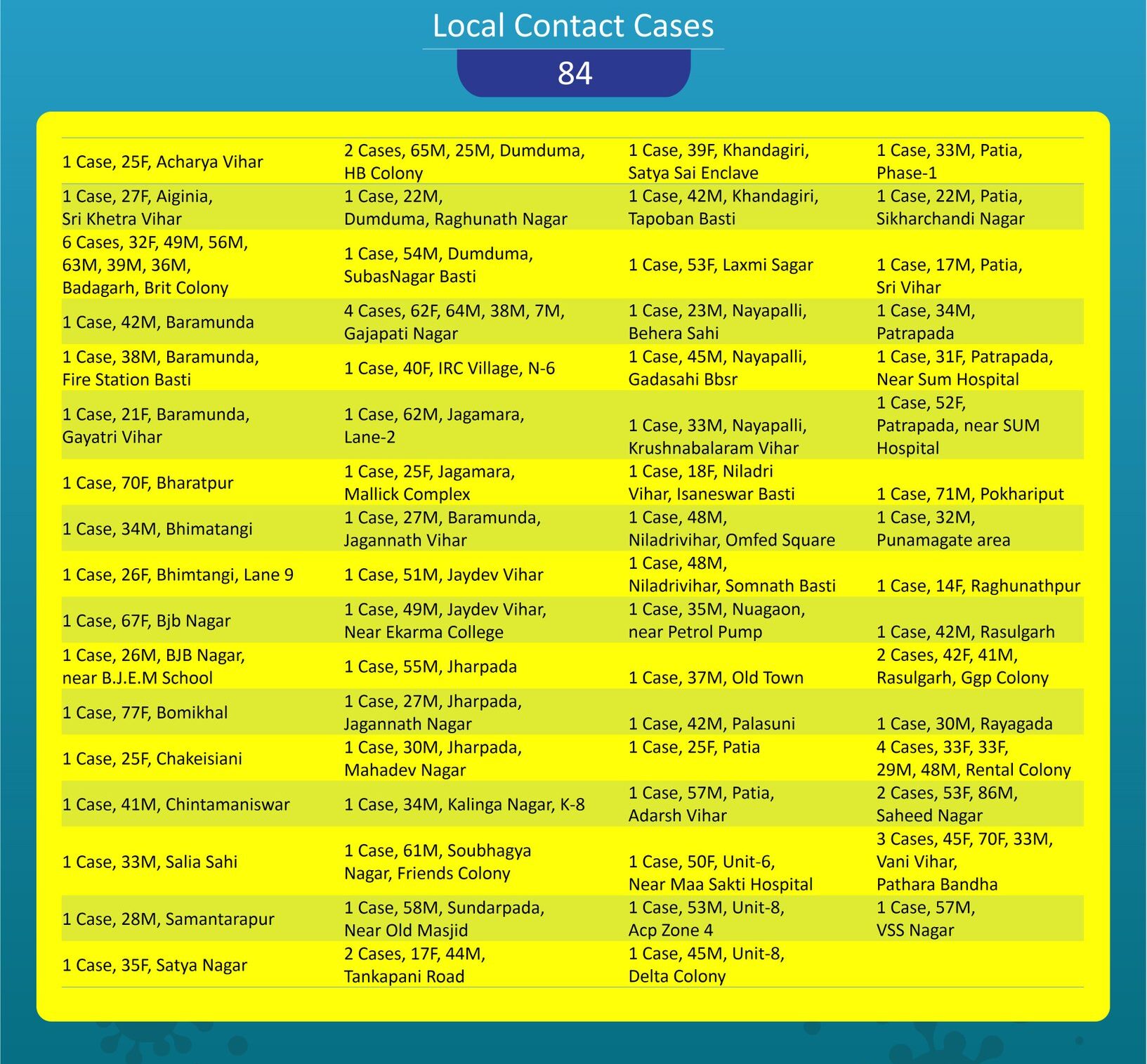 With detection of the fresh cases, the capital city’s tally mounted to 5707, including 1983 active cases. While 3690 patients have recovered so far, 28 succumbed to the virus.