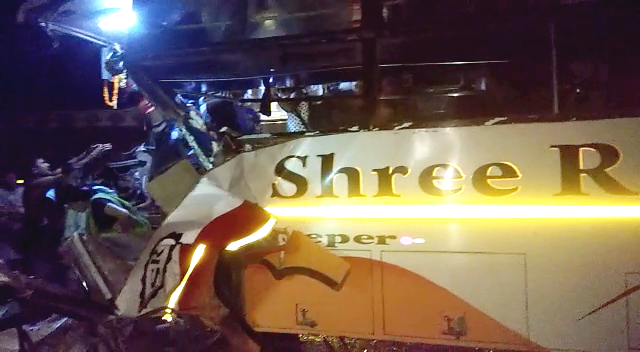 A major mishap was averted as no casualty was reported in the accident. However, eight passengers, including the driver and helper of the bus suffered grievous injuries in the mishap and have been admitted to hospital.

As per reports, the bus named ‘Shree Ram’ was travelling from Barbil to Bhubaneswar, when the driver lost control over the vehicle near Nenkadaghar. As a result, the bus rammed into a moving truck leaving eight persons injured. The intense of the clash was so high that the front portion of bus got struck with the rear of the truck, which further dragged the bus to a certain distance.

On receiving information, a police team along with fire brigade officials rushed to the spot for a rescue operation. All the injured were rushed to the district headquarters hospital (DHH) here for treatment.