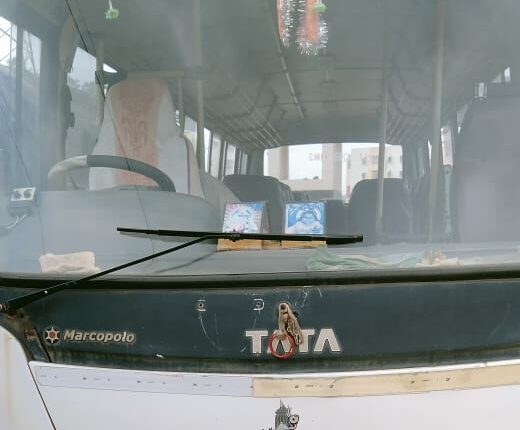 Bhubaneswar: Transport officials on Thursday slapped a fine of over Rs 2 lakh on a bus in Bhubaneswar for violating norms under new Motor Vehicles (MV) Act.

A challan of Rs 2,33,234 was issued to the bus driver namely Nilakantha Behera, a resident of Khandagiri area, during a special drive at Damana Square to check buses and other light vehicles used for carrying school students.

Fuel price hike: Private buses to stay off roads in Odisha from Nov 16!

According to reports, a special squad of Regional Transport Office-II, Bhubaneswar, launched a crackdown on unfit and unsafe vehicles transporting children to schools at Damana Square in the morning. During the drive, the bus bearing the Registration Number: OR02BN4550 of MD MM and Minerals Resources was found lacking registration and fitness, violating air and noise pollution and plying without insurance.

On Wednesday, a school bus in Koraput was slapped a fine amount of Rs 4 lakh for flouting MV norms.

Transport authorities said that the bus with Registration Number OR02BJ6200, of Netaji English Medium School, Semiliguda, was issued a challan of Rs 4,01,500. The bus was lacking fitness, plying without permit and not paying MV tax since April 2018. The fitness of the vehicle engaged for transportation of school children had expired since July 31, 2020.