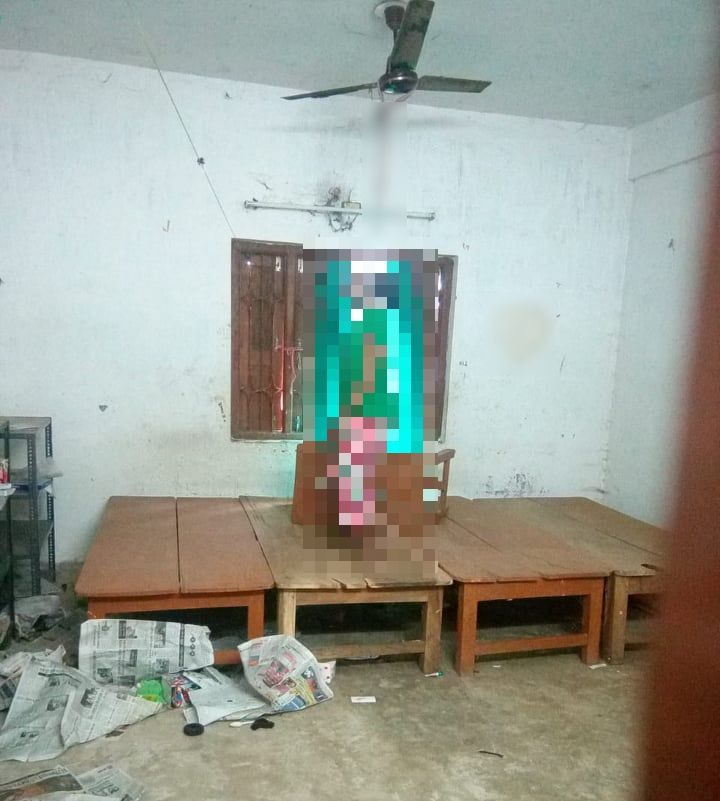 Cuttack: In a shocking incident, a Plus III girl student of Udaynath College of Science and Technology here was found hanging from the ceiling of a hostel room this morning.

The deceased was a resident of Niali area of Cuttack district.

Sources said the girl, a Plus III First Year Commerce student, was preparing for the exam, scheduled to begin today, in a hostel room last night. When she did not open the door late in the morning, some inmates called up the hostel superintendent. Later, she was found hanging from the ceiling of a hostel room.

Though the exact reason behind the incident is yet to be ascertained, it is suspected that she took the extreme step due to exam pressure. On receiving information, police have reached the spot and began a probe into the incident.

Meanwhile, the college authorities have postponed the UG exams scheduled to be held today and tomorrow to June 26 and June 27, respectively. Besides, all the PG examinations scheduled for June 22 have been rescheduled to July 5.