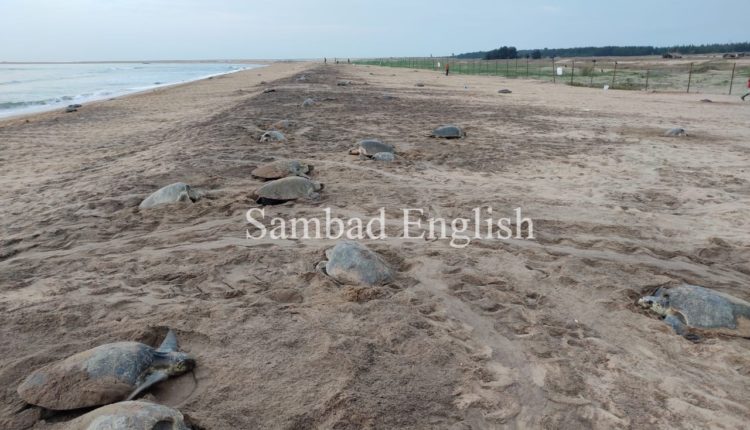 Bhubaneswar: In the times of strict lockdown measures by the government for containment of transmission of COVID-19 in human society, the deserted beaches have become a boon to Olive Ridley sea turtles during mass nesting season in Odisha.

Reports are now surfacing that being unhindered by humans more than 7 lakh endangered olive ridleys have returned to sea after laying eggs on beaches in Odisha. Neither a single turtle has died after being hit by trawlers, nor eggs have been destroyed by miscreants.

According to information received from the forest department, around 7 lakh olive ridleys have participated in mass nesting season at Gahirmatha beach and Rushikulya River mouth. The nationwide lockdown posed no threat to the endangered animals from predators (humans).

While around 3 lakh olive ridleys known for mass nesting laid eggs along the 4.5 km-long trench at Rushikulya beach on Ganjam district after March 21, over 4 lakh sea turtles have been spotted at nesting sites at Gahirmatha beach.

According to environmentalists, the COVID-19 seems to be helping the Nature recoup as lakhs of olive redlyes came out of the sea to dig nests and lay eggs without hindrance by humans. The nationwide lockdown provided the aquatic animals perfect conditions for nesting in large numbers at Odisha coast this year.