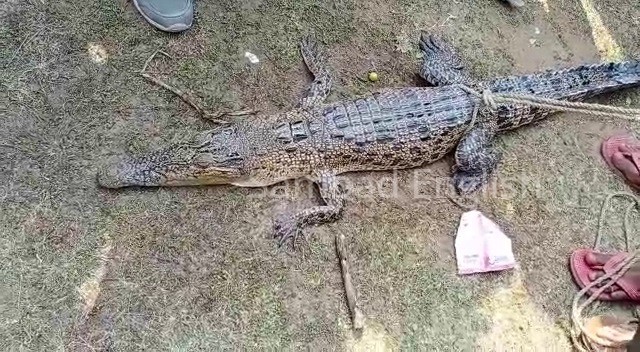 Balasore: A crocodile was caught in fishnet during fishing in the sea at Bahanaga area in Odisha’s Balasore district today.

The six-ft-long aqua creature is assumed to be an estuarine or saltwater crocodile species.

According to reports, fishermen had ventured into the sea this morning for fishing. During fishing, they found a crocodile was stuck inside the fishnet.

The fishermen brought the crocodile into the ground along with the net and informed the forest officials.