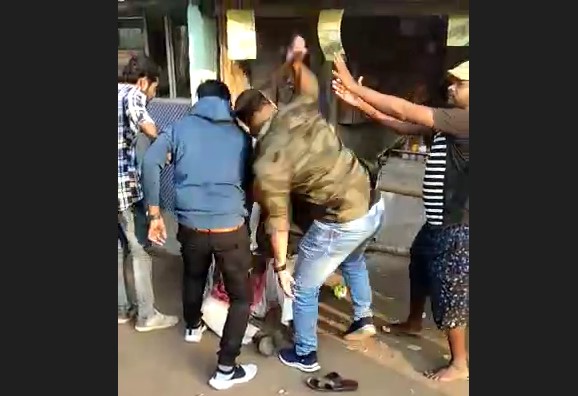 Jajpur: A former Sarpanch was allegedly beaten up with a belt in full public view here in the district. The video featuring the entire scene went viral on social media.

According to reports, Lakshmidhar Sahoo, former Sarpanch of Tarapada GP under Dasarathpur Block in Jajpur district, was brutally attacked by eight youth including Devdutta Das, Santosh Mohanty and Manas Mohanty of Mangalpur area over past political rivalry during panchayat elections.

In video, one of the youth is seen attacking the elderly man with a belt using abusive language in front of a shop.

Initially, Sahoo was seen explaining the accused over allegations leveled against him. The accused without hearing anything started beating the former Sarpanch with a belt. Later, his associates joined the act.

The victim was rescued by his supporters and rushed him to the SCB Medical College & Hospital in Cuttack following primary treatment at Jajpur District Headquarters Hospital.

Based on the complaint, Jajpur Town Police arrested three key accused persons in the incident and forwarded them to a local court.