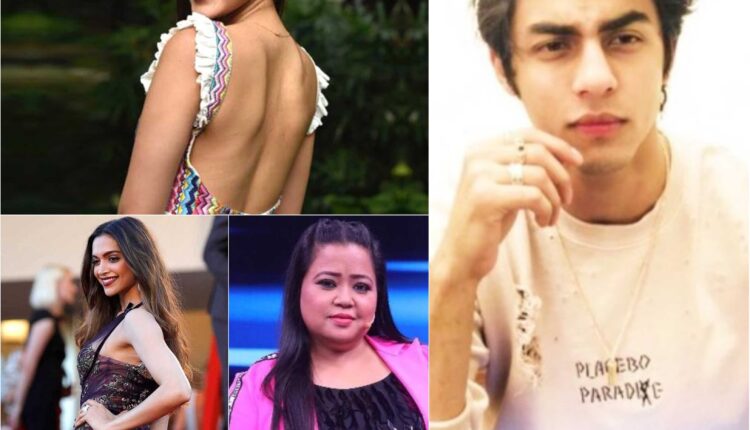 Bhubaneswar: Following arrest of 8 youngsters including Aryan Khan, the son of actor Shah Rukh Khan, from a cruise in Mumbai during a rave party on charges of consuming and trafficking drugs, a larger nexus of narcotics with Bollywood cannot be ruled out.

Aryan Khan is not the lone actor or star kid involved in a drug case, many actors in past few months have been under the scanner of the Narcotics Control Bureau (NCB).

Here’re some Bollywood celebrities, who were in controversy for quite some time, in drugs cases:

Actress Rhea Chakraborty ‘an active member of a drug syndicate’ was arrested in connection with death case of actor Sushant Singh Rajput last year. She was accused of procuring drugs for Sushant. Also, she was allegedly supplying contraband to others in her Bollywood circle. The matter came to fore by the NCB after Sushant was found dead in his flat in Mumbai on June 14. Her brother Showik Chakraborty was also accused in the case. Later, she was granted bail.

Bollywood stars Deepika Padukone, Shraddha Kapoor and Sara Ali Khan were among those who had been questioned by the NCB for their alleged consumption of narcotics after a charge sheet was filed by the central agency in the drugs case linked to Sushant Singh Rajput’s death last year.

A joint team of Mumbai and Goa NCB had arrested Bollywood actor Arjun Rampal’s girlfriend Gabriella Demetriades’s brother Agisilaos Demetriades from Goa in connection with a drugs case last week. Reportedly, the sleuths had also seized charas from the accused. Agisilaos, who is a citizen of South Africa, was also arrested by the NCB last year, as part of probe into a drug case having ‘Bollywood connection’.

A small-time Bollywood actor Kapil Jhaveri was arrested among 23 others for allegedly consuming drugs in a rave party that was going on in the actor’s villa in Vagator village in North Goa. Three foreign women nationals were also caught during the raid conducted by the Crime Branch. The officials seized narcotics worth over Rs 9 lakh from possession of persons partying in house.

Bollywood actor Armaan Kohli was arrested in a drug seizure case following a raid by the NCB at his residence in Mumbai last Sunday. Later, his bail application was rejected by a court in the case.

Popular comedian Bharti Singh and her husband Haarsh Limbachiyaa were arrested after the NCB sleuths seized drugs from their house in Mumbai last year. The central agency recovered 86.5 gram of cannabis from the couple’s house and office during the search.