Huge cache of ganja seized; 12 including 6 from Bihar arrested in Odisha 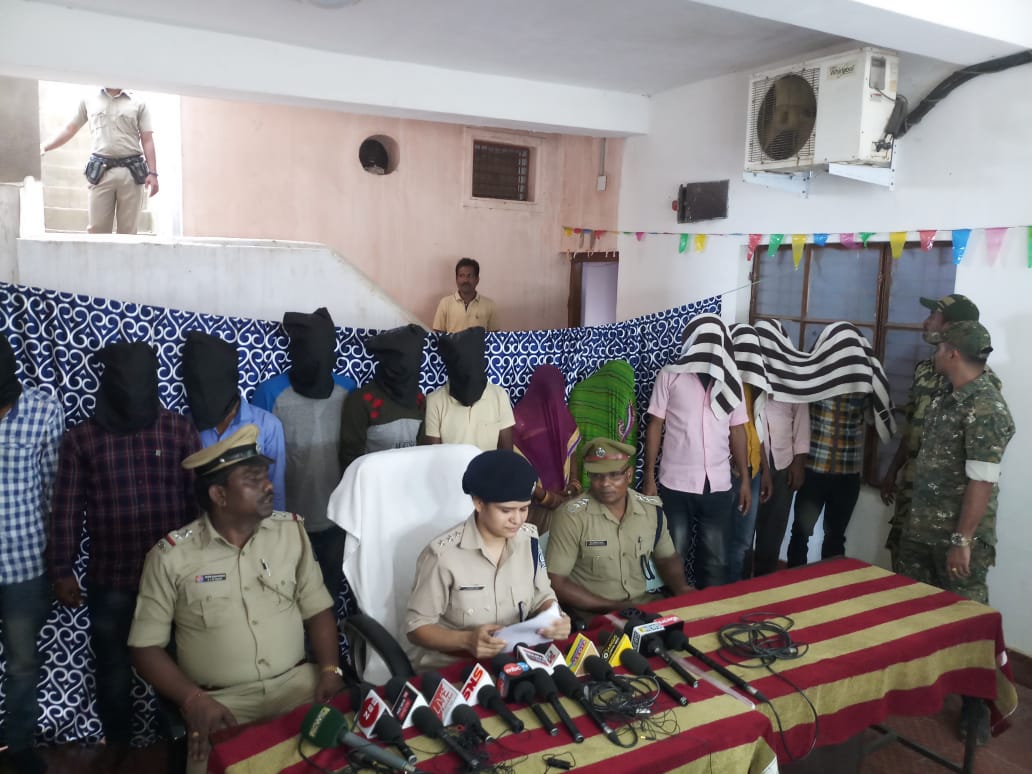 Koraput: Continuing its crackdown on illegal ganja smuggling, the Koraput police seized huge cache of cannabis and arrested 12 persons in this connection during the last 24 hours.

While carrying out a patrolling, a team Jeypore Town police today intercepted a car near Glocal Hospital Chowk and seized ganja weighing 55 kg from it. The cops also arrested four persons, including three from Kalahandi district and one from Korapurt district, in this connection.

The cops also seized the vehicle and four mobile phones from their possession. Police said the smugglers had procured the contraband item from Andhra Pradesh and were transporting the same to Kalahandi for selling purpose.

In a separate development, the Boipariguda police intercepted a motorcycle near Kota Junction and detained two 19-year-old youth hailing from Tapugunda village under Machkund police limits in Koraput.  The cops also seized 22 kg ganja, the bike and two mobile phones from the duo.

Earlier yesterday, Jeypore Sadar Police seized 110 kg ganja from a four-wheeler at Bhahamanigaon Chhak near Law College on NH-326. The police team arrested six persons, all in the age group of 18-35 years and hailing from Bihar, from the vehicle.

The cops also seized the vehicle, five mobile phones, Rs 15,300 cash and two wallets from their possession. The accused had procured the contraband item from Lamataput area of Koraput district and were smuggling the same to Bihar, said Jeypore SDPO Sagarika Nath at a Presser today.