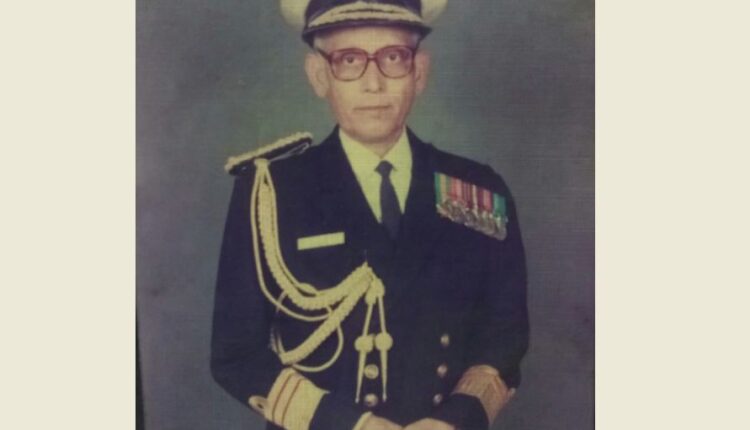 Balasore: The Indian Navy’s first Vice Admiral from Odisha, Dr Barunikanta Rakshit passed away on Wednesday evening while undergoing treatment at a hospital in New Delhi. He was 89.

Rakshit joined the Indian Navy as a Doctor in 1960 after pursuing MBBS Degree. After being promoted for his commendable services, Rakshit was posted as Vice Admiral of the Indian Navy’s medical wing. He was the first Odia to occupy the second highest position of the Indian Navy.

Following his retirement in 1993, Rakshit along with family was staying in Delhi.

Born in 1933 in Balasore, Rakshit completed his schooling from the District High School.

He is survived by wife Suchitra, two sons – Kaushik and Kingshuk, and daughter-in-laws.

His mortal remains were consigned to flames at a crematorium in Jalvayu Vihar in Noida amid full-state honour.

Air fares go up; here’s how much tickets will cost you