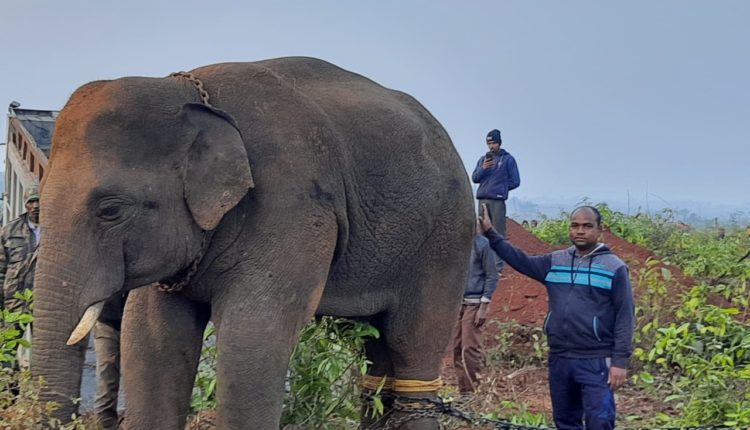 Bhubaneswar: The ‘killer’ elephant that was kept in confinement in Kumarkhunti Chandaka Wildlife Sanctuary since last couple of days died following illness today.

Sources said a team of veterinary doctors from Nandankanan were carrying out treatment of the tusker for its wounds during the last two weeks.

Worth mentioning, the elephant that had claimed four lives was brought to Chandaka from Jajpur on January 29 and kept in confinement with its legs tied with iron chains. Though there was a plan to shift the tusker into an enclosure, it could not executed due to unsuitable place.

An official said the iron chains might have caused infection leading to wounds in the legs of the pachyderm. Even though veterinary doctors were engaged for its treatment, the wounds could not be cured as the vet failed to apply medicine.

The elephant wreaked havoc and killed four persons in Danagadi under Chandikhole Range in jajpur district in January. Later, forest personnel had tranquilized it and brought it to Chandaka on January 29.