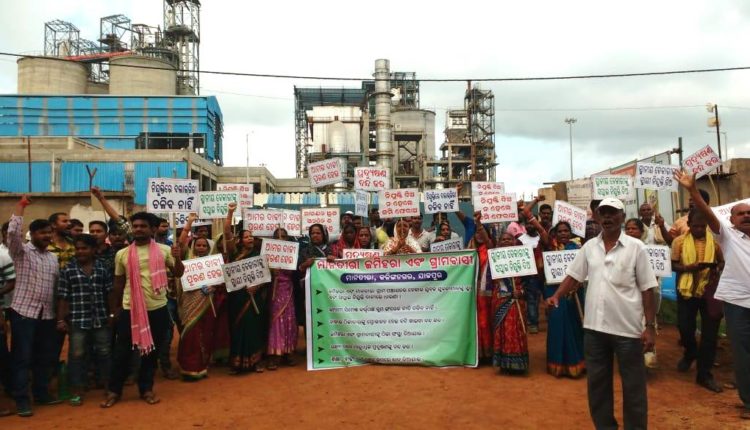 The villagers of Manatira staged protest in front of the cement plant located at Kalinganagar in Jajpur district.

Holding placards and banners, hundreds of protestors gheraoed the plant in the morning demanding employment to the displaced families and local youth. They also hit the street against environment pollution and ‘dalalraj’ (rule of touts) in jobs.

The district administration deployed two platoons of police forces at the site to prevent any unwanted situation.

This is the second strike by the locals Emami at its Kalinganagar plant this year.

Earlier, agitation by displaced families had hit production at the cement plant in March.