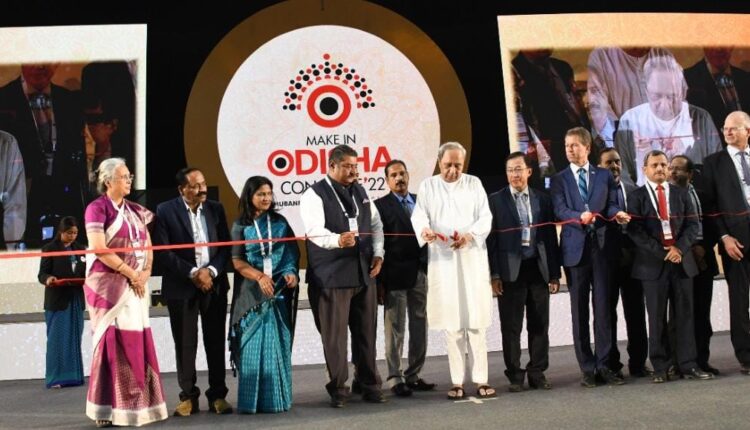 Ambassadors to India from Japan, Norway and Nepal and Consul General of Germany in Kolkata were present during the inaugural ceremony.

“Odisha is fast emerging as a fulcrum of trade, commerce and industrialisation in eastern India and the Bay of Bengal region,” said the Chief Minister while addressing the national executive council of the Federation of Indian Chambers of Commerce and Industry (FICCI) before inaugurating the Make in Odisha Conclave.
The Chief Minister urged the FICCI to promote Odisha as a destination of choice for the investor community. The state government will continue to work with the industrial organisations to bring investment and prosperity to Odisha, he said.

“Through Mission Shakti, our goal is to empower the women of our state to be model entrepreneurs and leaders,” Patnaik said.

The Chief Minister urged the women wing of FICCI to work closely with the Mission Shakti department of Odisha to develop strategies for further strengthening the entrepreneurship ecosystem at the grassroots.

The state government is expecting investment intents of Rs 6 lakh crore during the Make in Odisha Conclave-2022, said a senior official of the Industries department.

The biennial summit could not be held in 2020 due to the Covid-19 pandemic.

The state government has organised road shows and investors’ meets in Dubai and several metro cities of India in the run up to the Make in Odisha Conclave-2022. The summit will conclude on December 4.