Mo Bus service flagged off in Rourkela ahead of Hockey World Cup; know the routes & other details 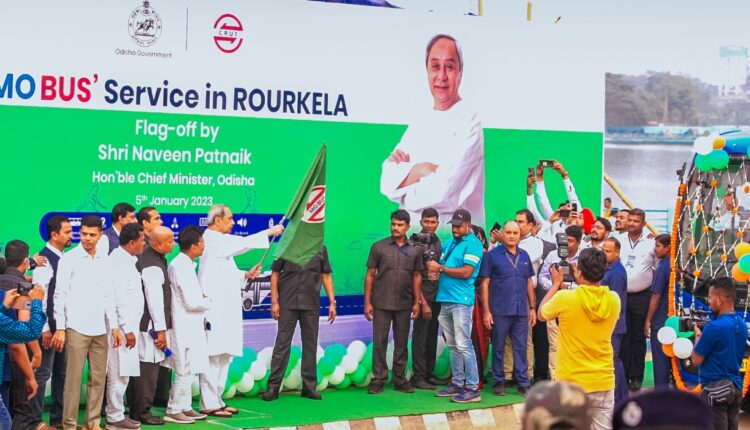 The Mo Bus service in Rourkela was launched by the Chief Minister Naveen Patnaik during his visit to the Steel City today.

The CRUT has been providing Mo Bus service in the capital region of Odisha including Bhubaneswar, Cuttack, Khordha, Pipili, Puri, and Konark for the last four years. The Mo Bus service has become the most preferred mode of transportation in the above said urban areas.

A fleet of 25 non-AC Buses and five AC buses has been rolled out in the Steel City here in the first phase to provide Mo Bus service to the people. The CRUT has planned to raise the number of buses in the Mo Bus fleet to 100 in the coming months, sources said.

“The CRUT has planned to promote cashless commuting experience in its Mo Bus service in Rourkela through its Mo Bus Card-tap and pay. There will be provision for purchase of online tickets, live tracking and other online services. These initiatives would ensure a hassle-free journey for the commuters,” said an official.

Here are the routes for Mo Bus service in Rourkela:

“We have expanded our Mo Bus service to Rourkela and in the coming years, we will try to expand it to other places as well. CRUT has always prioritised its commuters. This time too it will serve you with the same amount of trust and the best of services in the city of Rourkela and its adjoining places,” said CRUT GM Dipti Mahapatro.

Notably, Odisha will host FIH Men’s Hockey World Cup-2023 at Birsa Munda Stadium in Rourkela and Kalinga Stadium in Bhubaneswar from January 13 to 29. The inaugural ceremony of the mega event would be held at Barabati stadium in Cuttack on January 11.